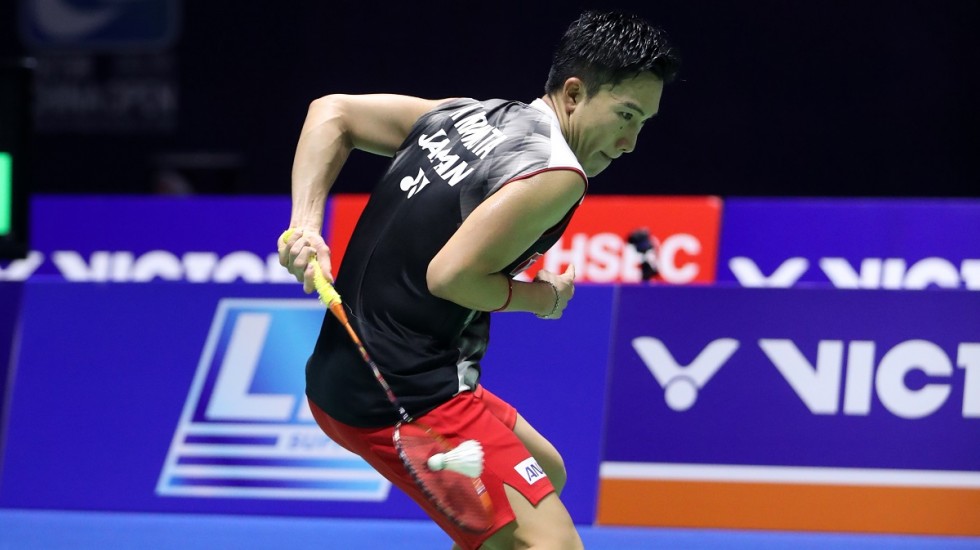 Momota was too good in the end for Anthony Ginting.

Momota Has All the Tricks – China Open: Finals

It is Momota’s first China Open crown and the third and final Super 1000 title to tick off his growing list of achievements.

Momota was thrilled with his performance given he has now won the World Championships, Asia Championships, All England Open and VICTOR China Open 2019 in addition to three other titles this year.

“I’m very happy that I’ve proved my ability by winning my second Super 1000 title and the World Championships,” said Momota.

There was a moment for concern, however, as Momota relinquished his 19-15 advantage late in the third game to make things interesting. Ginting’s choice to call the doctor to attend to an existing blood blister at that very stage seemed to interrupt his momentum.

Momota said of the climax: “We were both tired at that point of time, so it became a mental battle. I’m glad I persevered and won through my fighting spirit.

“It’s more than staying calm. I have this determination to win each and every point which wins me matches,” he said.

Ginting seemingly grows an extra arm in Changzhou, such is his love affair with the tournament. Last year he was one of the few players to overpower Momota in a final claiming that match 23-21 21-19.

Today, he started well again winning the first game 21-19. Momota bounced back in the second taking it 21-17, producing the control, accuracy, and finesse we are so accustomed to.

He then took that momentum into the third as he led 9-3 early and looked destined to wrap it up at 18-14 and 19-15 in front. But there are no certainties in sport and Ginting reeled off four consecutive points to make things interesting.

Ultimately, Momota held on and won the last two points to confirm his status as the best in the world.

Ginting has now lost his last five matches against Momota since the China Open victory last year. When asked on what he has to do to turn the tide, Ginting said: “I have to make fewer mistakes.

“Maybe if I do that, I can beat him next time. That is the learning point for me to improve,” he said.