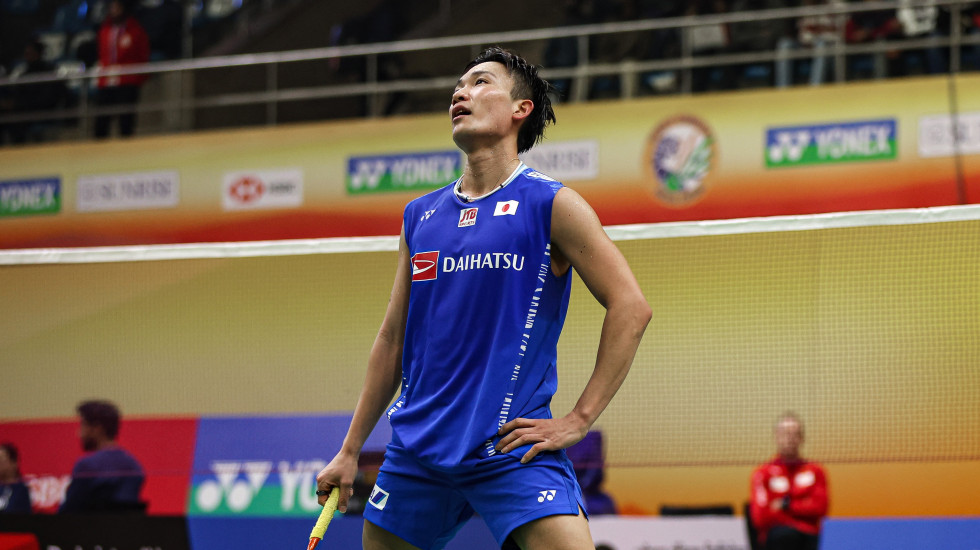 It has become a familiar sight now – hands on hips; the quizzical look at his coach; the contemplative steps between points. The look of a man with an enormous weight on his shoulders.

It was always going to be a difficult start to the year for Kento Momota as he faced Rasmus Gemke in the opening round of the YONEX SUNRISE India Open 2023. Having pulled out of last week’s PETRONAS Malaysia Open due to a bout of influenza, Momota’s hopes for starting 2023 on a bright note were dashed as he fell in his first match of the year.

Momota’s 21-15 21-11 loss to Gemke made this his seventh first round loss in 10 tournaments. He did show some glimpses of his golden touch, eliciting applause from the sparse crowd, but overall he struggled with all aspects of his game. Gemke regularly found the winners past the despairing Momota.

“I found it difficult to control the shuttle,” said Momota. “I’ve recovered from the influenza; physically I felt all right. I just need to work harder for the rest of the year.”

Compatriot Nozomi Okuhara, who too has been struggling to find her best form, was also a first round casualty, to Carolina Marin, but she sounded positive on her progress after a knee injury.

“This year I’m not seeded, so the first matches last week and this week were tough, against difficult opponents. My condition is not perfect. Last week against Chen Yu Fei I couldn’t really get into the rallies, but today I could play some rallies, so I feel I’m getting better.

“My knee is okay, but my physical condition isn’t good enough to challenge the best players. I need more time to get back to my best condition.”