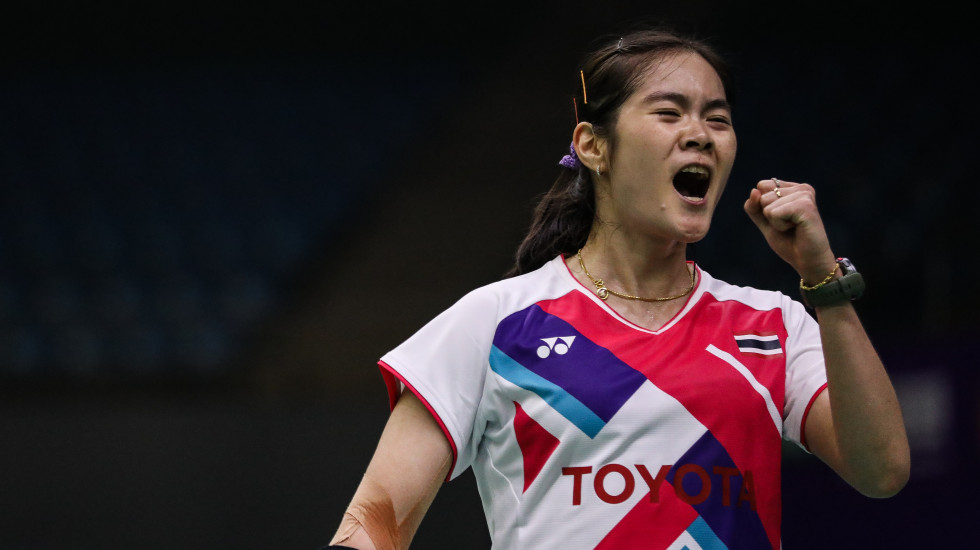 Ongbamrungphan started 2022 with a bang, collecting a Super 500 title at the India Open.

Busanan Ongbamrungphan‘s impressive performances in 2022 started with a title at the India Open last year. The Thai will hope to start 2023 with another title as a busy January kicks off.

“Being crowned a champion at the India Open was enormous encouragement for me,” smiled Ongbamrungphan as she revealed her best memory of 2022 . She ousted compatriot, Supanida Katethong 22-20 19-21 21-13 in the final in Delhi.

“It was the first tournament of the year and I became the champion. That made me proud and gave me a lot of positive energy. The experience of being on the podium and playing high level tournaments has made me what I am now. I want to continue getting as much experience of tournaments as I can and this mindset has led to me playing at the World Tour Finals,” she added, reflecting on the season finale on home turf last December.

“I am representing Thailand, it means so much to me, and to have a home tournament too, really helps me play better,” said the 26–year-old in spite of bowing out of the group stages of the competition, losing all three of her matches in Bangkok

The shuttler, popularly known as ‘Cream’ due to her love of ice cream, reached two finals in 2022: the YONEX SUNRISE India Open 2022, and the YONEX Swiss Open 2022 – where she was defeated by Pusarla V. Sindhu.

Having turned independent in May 2022, her world has opened up with possibilities from choosing how she trains and when, to potential new sponsorships.

“Being an independent player, everything is new for me. I’m still learning in this whole process and that’s okay. I have a great team behind me, from my coach, my physio and sports science team, They are working so hard for me. Now I want to constantly improve. I want to make them proud. Everything I have tried to prepare feels like it’s getting better because I need to be ready for Olympic qualification. I will try so hard to be there.”

Olympic qualification for the Paris 2024 Olympic Games will run until 28 April 2024 with the Race to Paris ranking lists as of 30 April 2024 used to determine the initial qualifiers. With a maximum of only two qualifiers from each National Olympic Committee (NOC), Ongbamrungphan will anticipate duelling for her spot with the likes of Ratchanok Intanon, Pornpawee Chochuwong and younger challengers like Supanida Katethong and Lalinrat Chaiwan.

The world No.10 will kick off her 2023 campaign at the PETRONAS Malaysia Open 2023, where she has Kirsty Gilmour for company in the first round.