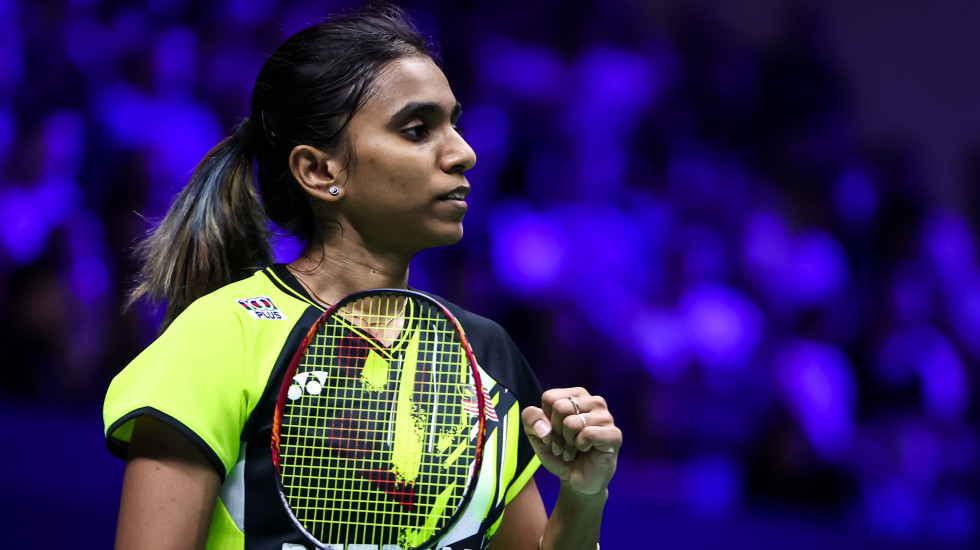 Thinaah Muralitharan will look back on 2022 fondly.

The YONEX French Open and the Commonwealth Games gold were the high points of a successful season, with Muralitharan and partner Pearly Tan finishing the season at their career best ranking of eight.

Yet, even as she and Tan emerged among the best doubles pairs in the world, Muralitharan dwelt on a challenging phase early in her career, when she had to transition from singles to doubles.

She’d started 2018 well as a singles player, winning the Iran Fajr International Challenge, but that was followed by several early exits. Late in the year, playing doubles with Lim Peiy Yee, the Malaysians went on to win their first event together, the Malaysia International Series.

However, Muralitharan continued to play singles well into the next year, until a fortuitous pairing up with Pearly Tan at the Hyderabad Open. The Malaysians came through qualifying and fell in the first round, in three games against home favourites Ashwini Ponnappa and Sikki Reddy.

There was no looking back from that point on. They made the semifinals in their third event together – the South Australia International – and made the final at the Sydney International the following week. The year finished on a positive note with back-to-back titles in Mumbai and Dhaka.

“In the beginning, it was really tough for me because there were a lot of things that had to change because singles gameplay and doubles gameplay are totally different,” recalls Muralitharan. “But thankfully, coaches and teammates guided me well. They just didn’t give up on me even though they used to tease and make fun of me. But they didn’t give up and kept supporting me. That transition was a do-or-die situation for me, because if I wasn’t accepted in doubles, I would have quit, because I didn’t really enjoy playing singles, because my results weren’t that good. And I didn’t have a lot of motivation moving forward.

“I prepared well, but then when I went to tournaments, I’d lose in the qualifying rounds, or in the first round. That went on for months. That really drained me out. I felt I wasn’t enjoying badminton anymore.”

The switch was happenstance, with an extra doubles player sometimes needed during team sessions.

“Sometimes the double department needed another player. They had the lack of one player so they would drag me into doubles. I had fun playing doubles when I was a singles player. So when I decided that I wanted to go to doubles, it was a do-or-die situation for me. It’s good the coaches wanted me; if they didn’t, I wouldn’t be in badminton, I’d sign the papers and not be in the badminton family any more…”

With that episode past her, and Thinaah and Pearly consolidating their position among the top doubles pairs, Malaysian fans have much to look forward to from the exciting duo in 2023.