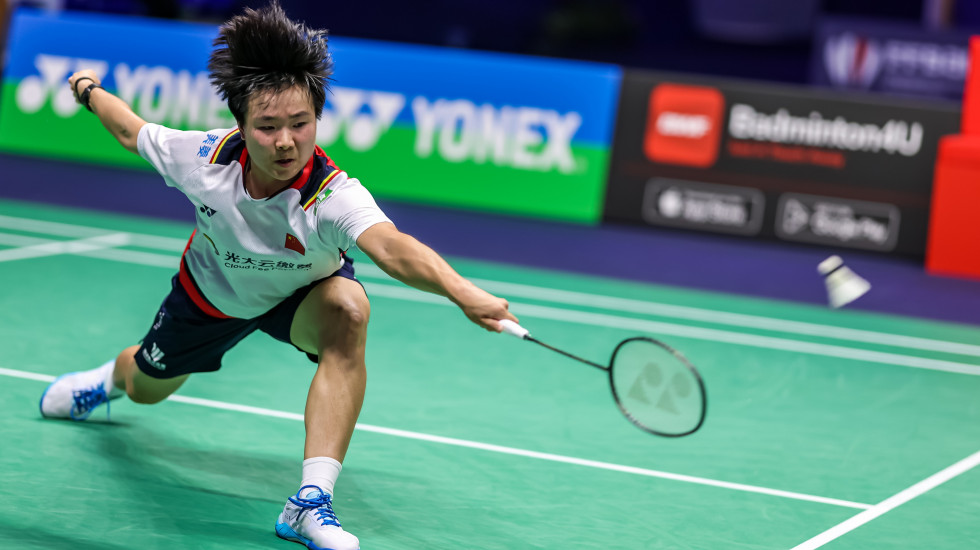 French Open: He Finally Gets Her Way

Facing off against Tai Tzu Ying in the YONEX French Open 2022 semifinal, He Bing Jiao had no idea of her disadvantage in her head-to-head with the world No.2, but got the job done to progress to her second HSBC BWF World Tour Super 750 final in two weeks.

This is also He’s first semifinal success against the Chinese Taipei shuttler, having their previous six battles at this stage. Playing more aggressively from the start, He revealed she had a plan of action this time around.

“The key to winning was to be patient and to keep calm, play my best. And perhaps I was a bit lucky. It doesn’t matter what round I defeat Tai in, a win is a win and I’m happy about my place in the final.”

“I watched her match in the stadium and she is looking in great shape. It will be an interesting clash for sure. We are both lefthanders,” said He, who is down 7-1 to Marin. The Chinese’s only win came in 2018 – in three games – in the Indonesia Masters quarterfinal.