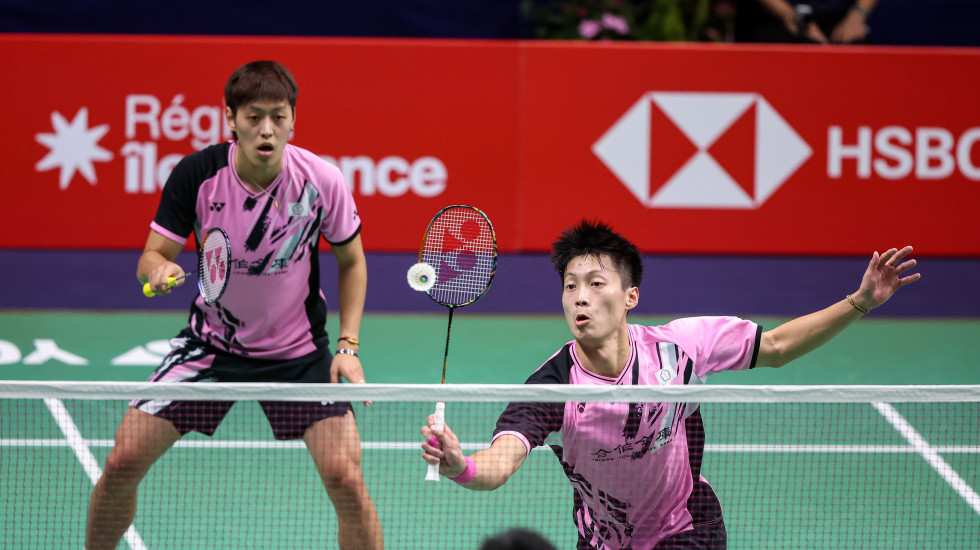 He has a win in the bag over Mohammad Ahsan and Hendra Setiawan but for Lee Jhe-huei, beating the Indonesians in the YONEX French Open 2022 first round is still an “incredible feat”.

At the Badminton Asia Championships in 2018, Lee and then partner Lee Yang defeated Ahsan/Setiawan to advance to the quarterfinal they lost to Liu Cheng and Zhang Nan. At Stade Pierre de Coubertin, this time with Yang Po-hsuan by his side, Lee picked up a 21-16 23-21 result.

“This feels like a first win. To defeat these legends is an incredible feat,” gushed Lee.

Yang expanded: “It adds to our confidence to beat such a decorated pair.”

At the Denmark Open last week, the world No.44s also played Ahsan/Setiawan in the first round but lost 21-16 21-15. The Paris court conditions, however, helped them implement their tactics effectively.

“The shuttles were a lot slower and that made it easier to defend well and pull them apart on court,” said the 28-year-old Lee, who paired up with Yang at the start of 2019.

Setiawan promised to reflect on their shortcomings over the last two weeks, having suffered a first defeat in six meetings to another Chinese Taipei pair – Lu Ching Yao/Yang Po Han – in the second round in Odense.

“We haven’t played well in the past two tournaments but we will take learnings from this,” he said.

“We tried to go on the attack but their defence was solid, we just couldn’t find a way through. We must prepare again for the next tournament, we want to qualify for the (HSBC BWF) World Tour Finals. It’s important to us and Indonesia that we play.”

Ahsan and Setiawan are second on the HSBC Race to Guangzhou table. Having skipped the HYLO Open, an appearance at the Australian Open next month will assure them qualification.