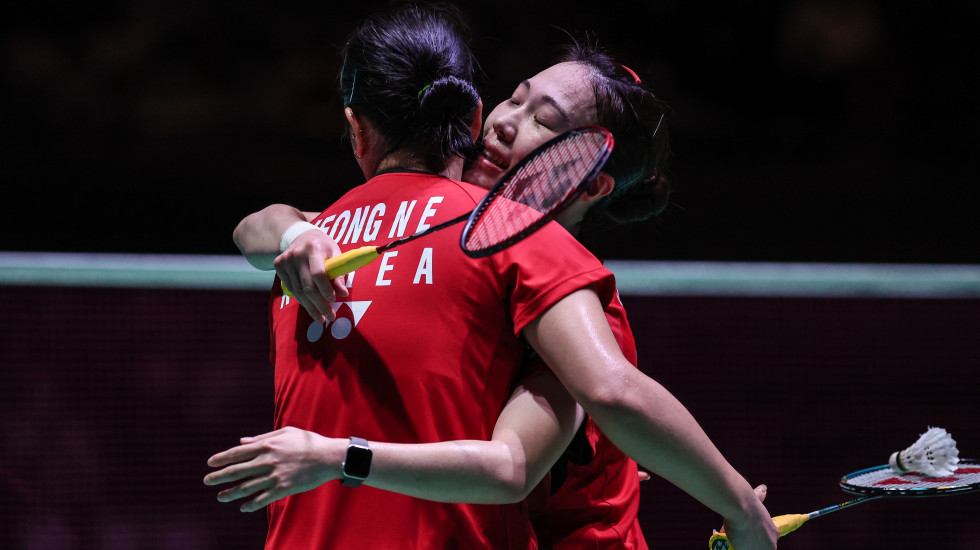 On making one of the biggest finals of their careers, Jeong Na Eun/Kim Hye Jeong stated they came into the tournament without expectations.

“We are as surprised as you are to make the final,” giggled Jeong post-match. “We didn’t set a target, but we head into the final wanting to do our best and get a good result.”

Defeated 21-10 23-21, Olympic bronze medallists Kim and Kong were hoping to defend their title.

“It’s not the result we wanted. There were constant errors from our side. They moved us around a lot, that forced us into mistakes,” said Kim.

“It’s always hard playing your teammates as we know what they are capable of but there are things to work on. We hope to have a good plan for the Denmark and French Opens.”

Baek said the key to victory over the Olympic silver medallists were long rallies.

“That’s how we won,” she said. “We kept the shuttle in and just tried playing long.”

The day of the underdogs thus sets up an all-Korean women’s doubles final, assuring the nation keeps the title it lifted at the previous edition.

What a fantastic 132-shot rally in the opening semifinals match! @HSBC_Sport