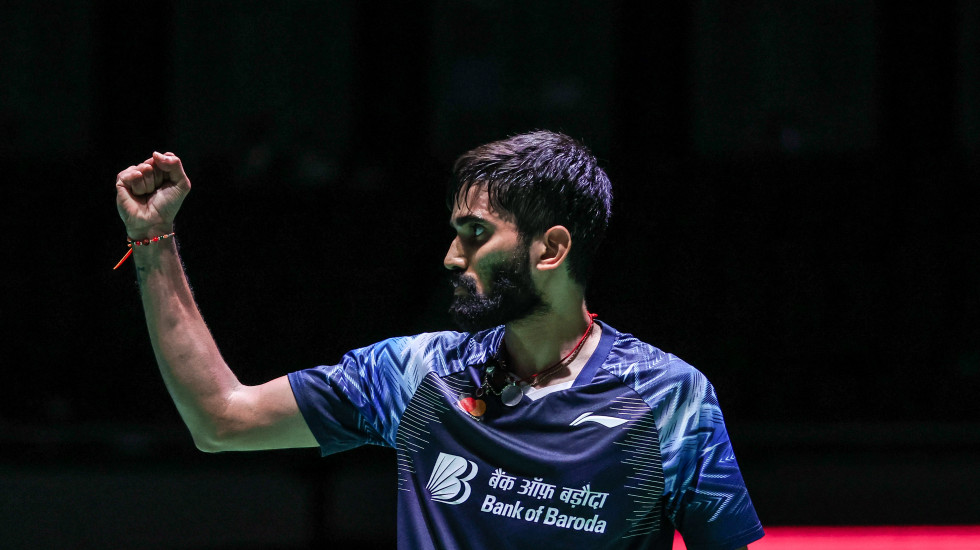 Kidambi recorded his first win over the world No.4 Lee Zii Jia in the opening round of the Japan Open.

Sheer delight was all over the faces of Kidambi Srikanth and Chico Aura Dwi Wardoyo after they advanced to the DAIHATSU YONEX Japan Open 2022 second round at the expense of seeded stars.

“I’ve been close before against him. He was playing some attacking shots, but for me, I needed to play consistently,” said Kidambi. “I couldn’t give away easy points. I’m definitely tired, but looking forward to my next match.”

Indonesian sensation Wardoyo recorded one of the biggest upsets of the day, downing home favourite Kento Momota 21-15 22-20 in a tense 49-minute match. The young gun was electric in his attacking play, never allowing his Japanese rival an opening to counter his smashes.

“I defeated Momota in our last meeting. I learned a lot from that match that I brought into my game-plan. The strategy was to play attacking shots and close down the court. There’s more in the tank, there’s more to come from me. I’m really happy with how I played,” beamed the 24-year-old.

Momota, who has been under par in 2022, was not surprised with how Wardoyo played.

“I knew he was going to come all-out attacking. I was prepared to constantly defend,” said the two-time world champion.

“I went in confident I was going to win. I don’t regret how I played, we have different styles. When I held three game points in the second, I was thinking too far ahead about the third game.”