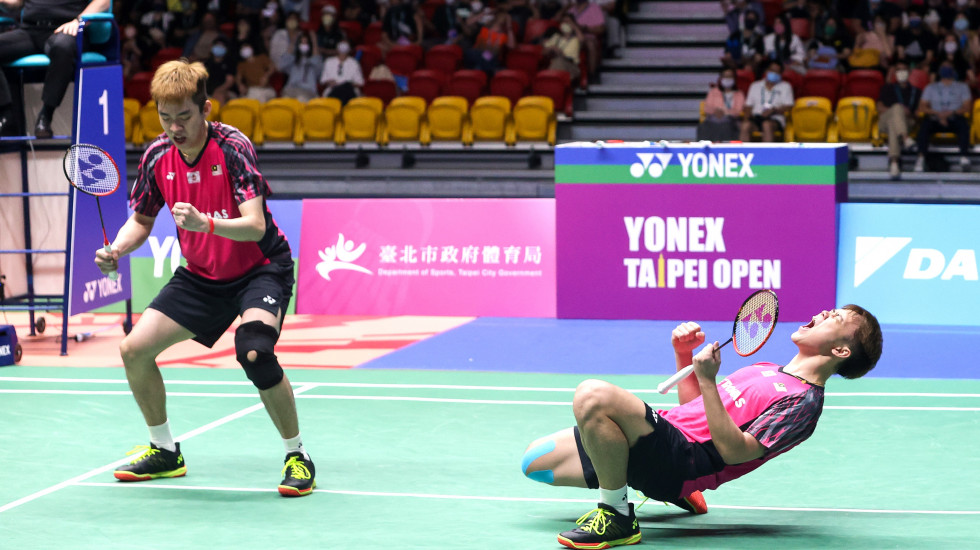 The Malaysians, winners of the Syed Modi International in January, achieved their career’s biggest triumph as they held off the home favourites 21-18 11-21 21-18, denying Lee/Wang their first title since Tokyo 2020.

The other significant achievement on the day was Ng Tsz Yau’s double.

Until Lee/Wang’s upset in the final match, finals day had gone perfectly for home players, with singles stars Chou Tien Chen and Tai Tzu Ying cruising to their fourth title wins at the Taipei Open.

Chou had an early setback in the final against Kodai Naraoka, with the Japanese taking the opening game, but then the top seed exerted his dominance, winning the next two games comfortably: 14-21 21-10 21-6.

Tai was mostly untroubled by seventh seed Saena Kawakami, completing the title win 21-17 21-16 in 37 minutes for her third title of the season.