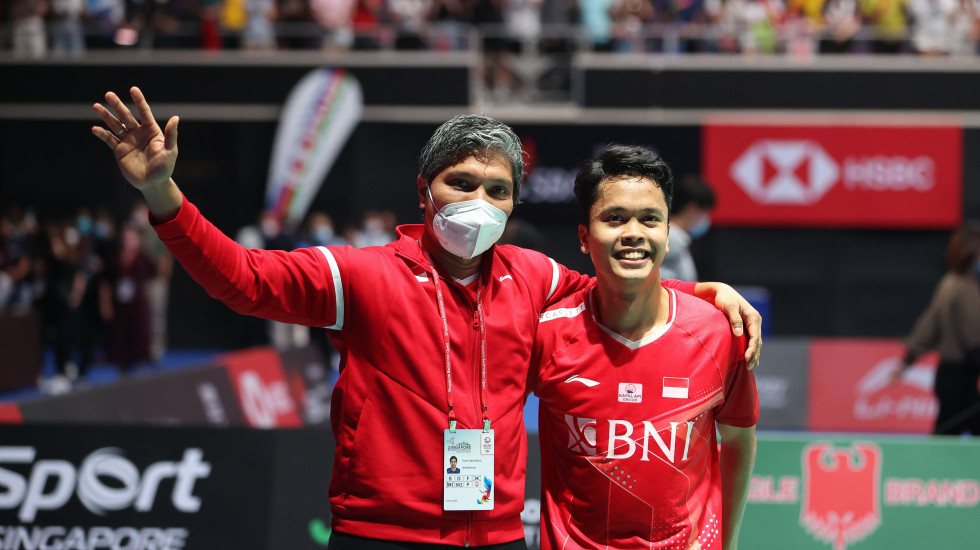 Singapore Open: ‘My Form is Back’

The all-important confidence that deserted Anthony Sinisuka Ginting has returned.

The world No.6 went through a slump after winning bronze at the Tokyo 2020 Olympic Games, having only one semifinal appearance at the Swiss Open in March to show from nine tournaments. He exited six of those early.

But despite three group stage defeats as his country’s opening singles player, his self-belief crept back with better performances at the Thomas Cup in May. In four competitions that followed, Ginting made three quarterfinals and the Indonesia Masters semis.

“This means everything. After I won the last point, I thought ‘I can finally get out of months of struggle. Finally!’” Ginting breathed a sigh of relief after the Singapore Open 2022 final he won 23-21 21-17. It’s his first success since the 2020 Indonesia Masters.

“I came to the court a bit nervous. This is my first final after such a long time, I really wanted the medal, but I had to control my mind. It was a tough match, I tried hard to stay patient and focused. Thanks to my friends, coach and the team for keeping the faith and supporting me.”

Is the old Ginting now back?

“My performance since just before and after the Thomas Cup had been getting better. I think my top form is back,” said the first Indonesian titlist in his discipline since Sony Dwi Kuncoro in 2016.

“I learned a lot from my struggle (for form). My confidence started improving from this experience. Now there’s more trust in myself and my abilities but I must keep working hard.

“Those struggling must trust themselves, enjoy every single moment of the process. Not easy of course, but that’s what we have to do.”

Ginting’s coach Irwansyah assured: “We will build on this great-confidence booster for him. We want him to play with much more freedom and enjoy himself on court going forward.”