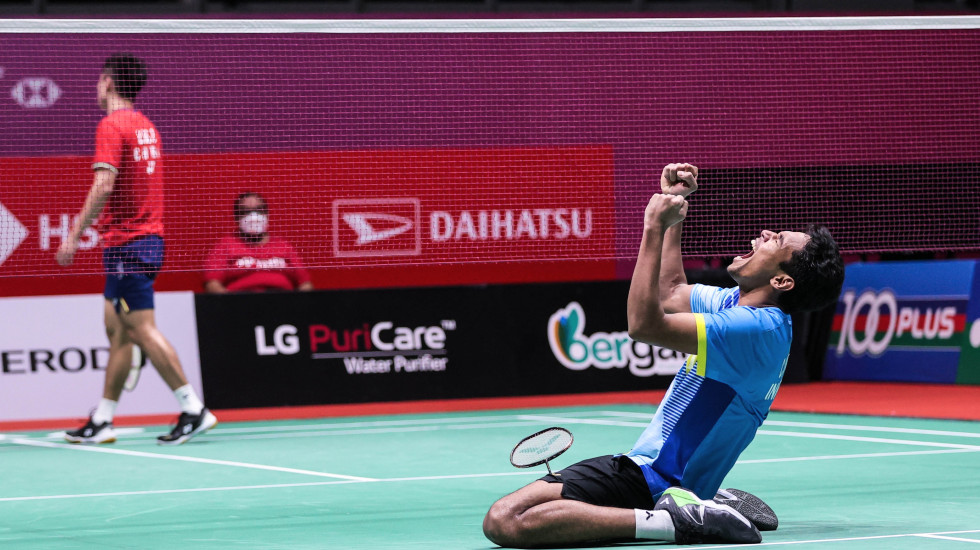 The 24-year-old ticked all the right boxes on the big stage, as he bettered his semifinal finish from the Badminton Asia Championships earlier this year; and he did it in a manner that was impressive in skill and composure. Lu Guang Zu had match point in the second but Wardoyo was a stubborn opponent. At crunch moments, the Indonesian had the nerve and the touch to unveil shots that found the lines.

Remarkably for someone making inroads at this level, Wardoyo was flexible in tactics as the match progressed. At the outset he had gone hard on his attacking shots, and while he had Lu stranded with his power and steep angles, the Chinese started anticipating better. Wardoyo then chose to be more selective with his smashes; at the net he showed fine touch, and he frequently found the lines with his soft drop shots.

“I got confident after making the semifinals at the Badminton Asia Championships,” Wardoyo said. “Today in the first game it wasn’t very windy, but in the second and third game I had to change my game. I went softer. Although it was a long match I was quite comfortable even in the third game. I was just trying to enjoy the match, and I just had to keep my focus and consistency.”

Wardoyo will take on Hong Kong China’s Ng Ka Long Angus, who made his first final since the YONEX Thailand Open in January 2021. Angus broke a sequence of three straight losses to HS Prannoy, 17-21 21-9 21-17.

“This final is meaningful to me as my last one was the Thailand Open in 2021 – it’s more than a year. I can tell myself that I’ve still got it,” said Angus. “My pace was earlier too slow, today I changed a bit and tried to be more aggressive. Chico is an upcoming player. He’s played very well and has beaten good players and I must treat the final with great importance.”