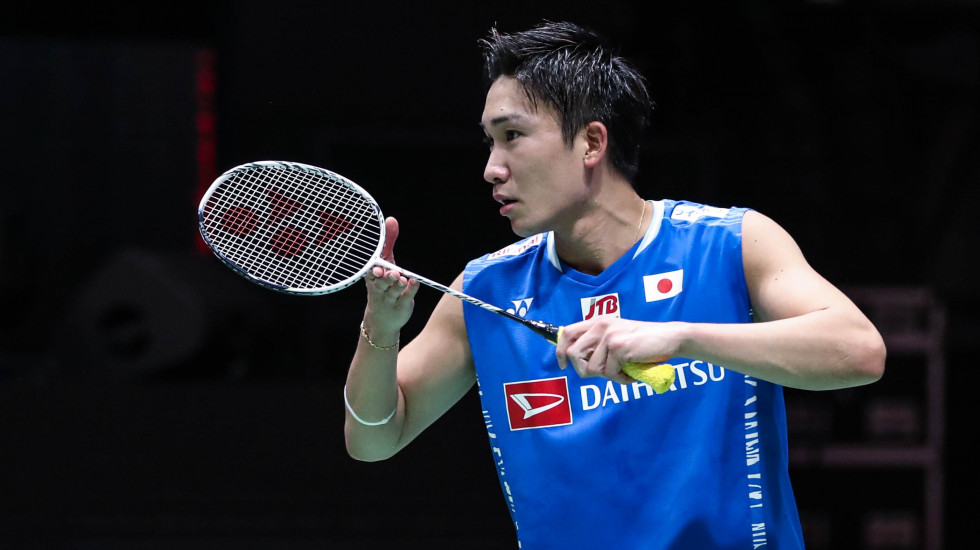 Kento Momota may have looked a little off colour in recent days – starting from his tame PETRONAS Malaysia Open 2022 final loss to Viktor Axelsen – but the two-time world champion believes he is “gradually catching up” to his old level.

After falling 21-14 21-16 to compatriot Kanta Tsuneyama in the PERODUA Malaysia Masters 2022 second round last night, Momota conceded he ran out of gas following two weeks of competing.

“At the moment, I don’t have enough in the reserve tank. Previously, I could play back-to-back tournaments or win 10 matches in a row but right now I have neither the energy nor the endurance,” he said.

“I can’t expect to make the semifinal or final every time, I know my limitations. It takes time to get to my old level, but I feel like I’m gradually catching up. I’ve been working on regaining my power and I will keep at it. That’s what I have to do.”

In 2019, at the peak of his powers, four of Momota’s record 11 titles in a season came in successive weeks. His level has dipped since returning from a surgery to fix an eye socket fractured in a car crash en route to the airport after winning the Malaysia Masters in 2020.

The world No.2 is staying optimistic ahead of his next tournament – the TotalEnergies BWF World Championships 2022 in his native Japan, without setting himself a target.

“I’m not at that stage to set targets yet. I’ll need to manage and balance the reality and the expectations,” said Momota, whose two world titles came in 2018 and 2019.

“After these tournaments in Malaysia, I felt something coming back inside me and I want to maintain that feeling. The focus now is to rest and recover while not totally taking the foot off the gas.”

Tsuneyama remains convinced badminton will see the best version of his countryman again.

“Everyone wants to beat him because it means a lot to do it against our No.1. But we know he’s not 100 per cent yet,” said the world No.14, who plays Thomas Cup winner Prannoy H. S. in the quarterfinal today.