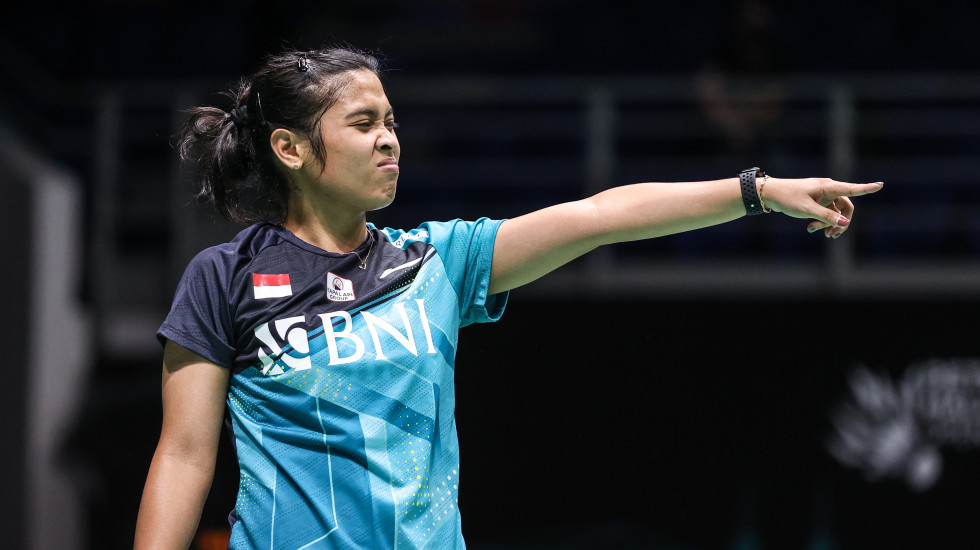 A change in approach did the trick for Indonesia’s No.1 women’s singles player Gregoria Mariska Tunjung at the PERODUA Malaysia Masters 2022.

The 22-year-old ended her two-year wait for a quarterfinal place at an HSBC BWF World Tour event following her 21-11 21-9 win over Kim Ga Eun. The 2017 world junior champion had not progressed beyond the second round since making the last eight at the Thailand Masters in January 2020.

“I did think about this statistic before stepping onto court but as I was able to control the match from the start, I got the confidence to stay on top of her,” said Tunjung.

“I struggled with the pressure I put on myself of making the quarterfinals at previous events and I’ve realised it was weighing down on me so today I just let go. I’m happy I played without worrying about the final outcome, it was liberating.”

Against her 20th-ranked opponent at the Axiata Arena, world No.31 Tunjung was commanding from start to finish, wrapping up proceedings in 25 minutes.

Next up is world champion Akane Yamaguchi, whom Tunjung beat in the PETRONAS Malaysia Open 2022 first round last week.

Focused on the here and now, the Java native said: “I want to work on my weaknesses, especially the mental side of things. I want to worry less about results, just take it one step at a time.

“I want to better than the day before. That’s my approach going forward. My opponent tomorrow won’t be easy but I know what I want and that is to play at my maximum.”