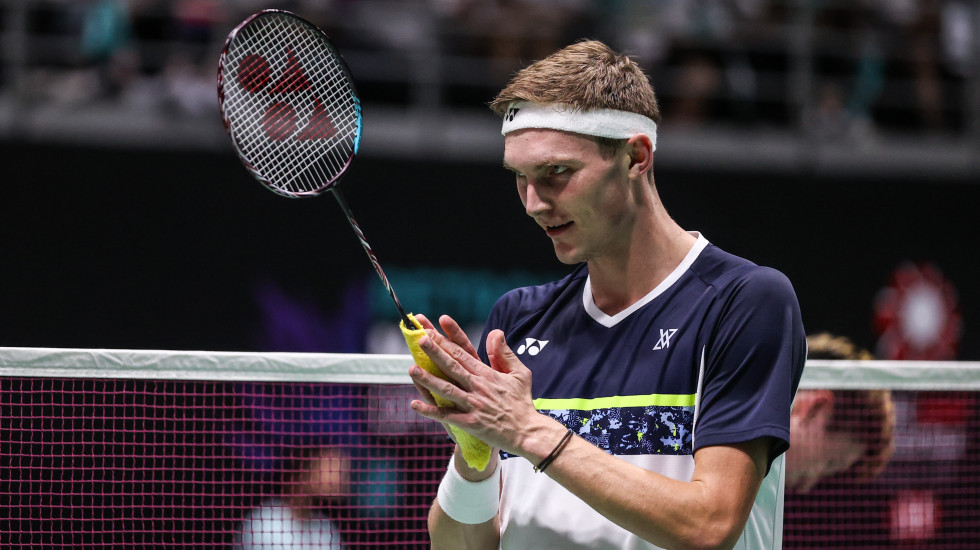 World No.1 Viktor Axelsen, who completed his fifth win of the season on Sunday at the PETRONAS Malaysia Open 2022, won’t be seen in action at this week’s PERODUA Malaysia Masters 2022.

The Dane, who is on a 32-match winning streak, announced on his social media that he was withdrawing from the forthcoming HSBC BWF World Tour events in Malaysia and Singapore.

“I would have loved to compete again in KL (Kuala Lumpur) this week and then in SG (Singapore); however when I woke up this morning my body and my head was telling me that it’s time to rest and recharge before I step on the court again. I need some days off to rest, celebrate my recent wins with my family and then build up towards new goals,” Axelsen wrote.

Ireland’s Nhat Nguyen was promoted from the reserves list and will take Axelsen’s spot at the top of the draw.

Gemke was replaced by Koki Watanabe, who will take on senior compatriot Kento Momota in the opening round.

At the bottom of the draw, Supanida Katethong’s withdrawal allowed Uber Cup heroine Sim Yu Jin to be promoted from the reserves, setting up an interesting clash with second seed Tai Tzu Ying.

Four Malaysian men’s doubles pairs who were in the reserves find themselves promoted to the main draw. They include 2013 champions Goh V Shem and Lim Khim Wah, who are now with different partners – Goh with Low Juan Shen and Lim with Nur Mohd Azriyn Ayub Azriyn.