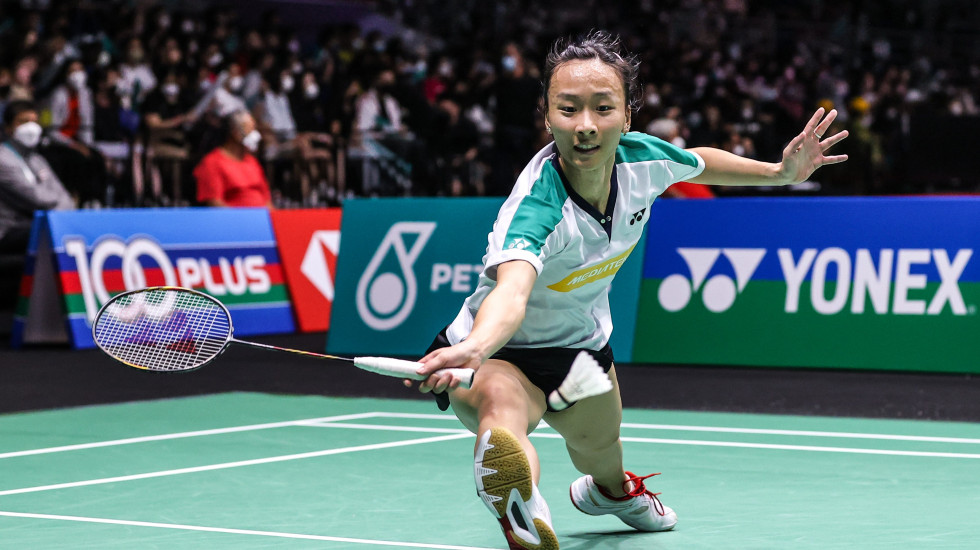 At 157cm, Iris Wang rarely faces shorter opponents. On Wednesday, in the second round of the PETRONAS Malaysia Open 2022, she did face someone a centimetre shorter, but more accomplished – former world champion Nozomi Okuhara.

Given their limitations of reach in a demanding physical sport, both Okuhara and Wang have had to compensate in other departments against taller opponents – through speed of foot, stoutness of heart and unrelenting consistency. Okuhara, having scaled the heights of badminton, was someone Wang closely observed all through her career, to see what elements she could use from someone who had the same limitations she did.

“She’s just like me,” said Okuhara. “A little short but she’s good physically and can rally and disguise her shots very well. I’m very happy to know that she likes to watch me!”

Oddly, the two had never faced each other before today. When they did, there was a mirror-like consistency from both fleet-footed opponents; Wang held two game points but Okuhara eventually edged her 23-21 21-18.

“It’s not so often that I face someone my height,” smiled Wang. “But I feel like usually when we do, it’s the same style, like running a lot because we’re small.

“It was my first time playing her. I was excited because she plays this similar style. And also sometimes when I’m just watching matches, I have stuff to learn from her as a player. So I think it’s cool to put that to test and compete with one of the best.”

But having come face to face with the 2017 world champion, Wang had to guard against being overawed.

“I think it’s a balance; of not giving her too much respect, because we’re competitors. But I think recently it’s been fun to play. I’ve been enjoying it and just trying to figure out things on court. The conditions were very difficult. Sometimes the wind was strong and it was inconsistent. So I think it was also an additional factor to make it a little bit more challenging.”

Having worked her way to world No.31, and close to breaking into the top 30 which she’s never done before, Wang is happy with her recent performances. She was in the quarterfinals of the All England and the Swiss Open, final at Orleans, and semifinals of the Pan Am Championships, before making another quarterfinal, at the Indonesia Masters. Unlike Okuhara, who was an early bloomer and could benefit from an established badminton system in Japan, the USA-born Wang has had to travel a longer route to come to where she has. Based in Aarhus now, she finally got a month’s break at home before the latest leg of events in Asia.

“I was pleasantly surprised by Indonesia, because I had just gone home for a month (before that). I hadn’t been home for nine months. It was just nice to be with family. And I wasn’t expecting too much because at home it’s hard to find a consistent schedule.”