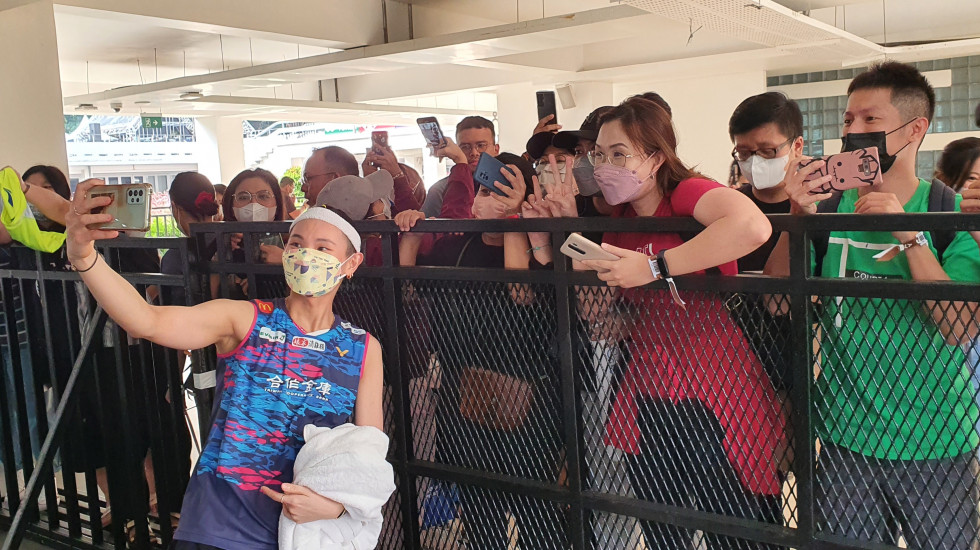 Tai Tzu Ying with her fans at the Indonesia Open.

Events in Indonesia have acquired a well-earned reputation for fans lavishing their love on players. Long lines of fans patiently waiting to get into the stadium even on opening day are a familiar sight, as are the throngs waiting to catch a glimpse of their favourite stars as they walk off the arena.

Fans spend a lot of time and effort in hoping to get an autograph or a selfie with their favourite players. But what explains this unconditional love?

“Badminton unites us as Indonesians. When I watch badminton I feel like all of us Indonesians are supporting the country,” said one such fan, Penny, who had waited patiently for her turn to get pictures with two of her favourite players, Liliyana Natsir and Tai Tzu Ying. “Of course I like players of other countries too, but only after the Indonesian players.

“I really love badminton, so I love the athletes and their work ethic. They work so hard to win here.”

Penny, who goes by a single name, was at the Indonesia Open on all six days, and has been a long-time follower of the sport.

“I’ve been following badminton for a long time now,” she said. “My first memory of badminton was watching Susi Susanti on TV.”

How has badminton made a difference to her life?

“I admire Liliyana Natsir. I feel like when I watch her battle hard, it encourages me to do the same, to do well in life and not surrender when I face difficulties.”

Did she feel waiting for all those hours for a few moments with the players was worthwhile?

“I don’t mind spending time waiting for the players. I spent 40 minutes for Tai Tzu Ying, but luckily the women’s doubles took some time to come, so I could go inside the stadium and watch the action.

“For us fans to get a signature, or a picture with the players we idolise, means a lot.”