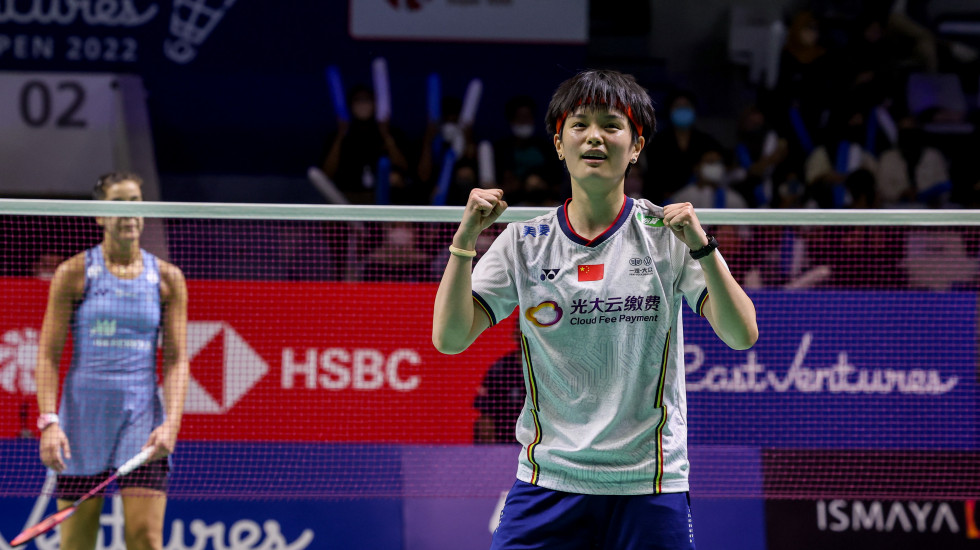 She suffered a devastating loss in the final of the TotalEnergies BWF Uber Cup last month, but Wang Zhi Yi has been trying to use the experience to get stronger as a player.

Wang’s loss to Sim Yu Jin was one of the most unexpected results at a major team event in recent times, and led to Korea regaining the Uber Cup after 12 years. A tearful Wang, crying bitterly, had to be consoled by senior compatriot Chen Qing Chen after the final.

Today, having beaten Carolina Marin to make the quarterfinals of the EAST VENTURES Indonesia Open 2022, Wang appeared to have put some distance from the events of mid-May.

“I felt very sad after the loss at the Uber Cup,” Wang said. “I try to learn from it and try to improve. I have mixed feelings — I feel regretful, but I also think there was a lot to learn from it, in terms of getting stronger mentally.

“Of course my team mates were supportive even though they were disappointed. They motivated me to recover from that loss.”

Marin, who declared yesterday that she wasn’t 100 per cent yet with her knees still troubling her, showed glimpses of her best but wasn’t as consistent as she normally is. The venom in her shots was missing, as was her speed in the second game, enabling Wang to comfortably close it out 21-17 21-18.

“To win this was a breakthrough for me because even though Marin’s condition wasn’t good today, I have played her before and I know that she’s very quick. So I prepared well for this match,” said Wang. “I kept talking to myself to stay calm and focussed and not make mistakes.”

Marin said she would have to play more matches to get into her groove.

“I’m coming back and I need to be more ready about my health, about my physical condition, I just need to take care of my body.

“In 2020 I beat her but she’s playing much better now. She won the Asia Championships. Young players are coming to the top level and we’re getting older and it’s not the same. This is life, you have to learn from that and keep going.”