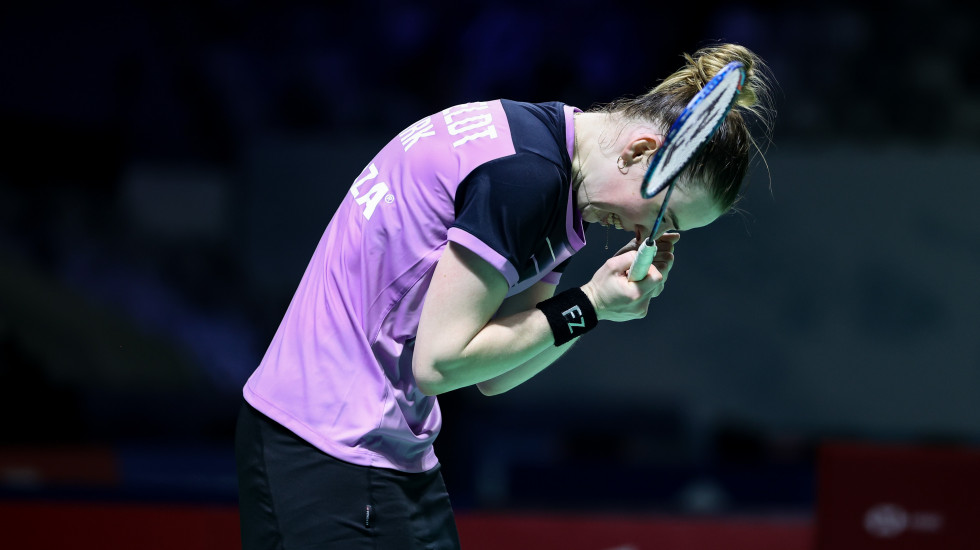 The Dane recovered from a game down to force a decider, in which she stayed steady even as Intanon was let down by some inconsistent play. The Thai closed a big gap and at 19-all had her chance, but blew an opportunity for match point by smashing into the net. Kjaersfeldt kept her nerve to clinch the issue on her second match point, 15-21 21-16 22-20.

Intanon gave credit to Kjaersfeldt: “She had prepared well. I did try to push but she played smoothly and she controlled everything. In the end the shuttle was hard to control and I played her game.

“I’m disappointed about my game because I thought I could play better, but it’s okay, today was her day.”

Kjaersfeldt called it one of the big wins of her career.

“I’m really happy. A quarterfinal in Indonesia is fantastic and I’m happy that I closed it out today. It could’ve gone both ways.

“This is one of the big wins in my career, to beat a top 10 player. I’m happy to show that I’m still here and one you have to watch out to play.

“I’ve been trying to focus on every point and how I have to play instead of so much else, and it’s been working really good and just trying to keep my head and believe in myself. I know I’ve had a good long period with training and without injuries and at some point that will show, if you keep believing and I think that’s what’s coming now. The last one year has been good for me.

“Maybe she was tired after last week, she had a lot of matches. I knew that maybe if I kept on going maybe it could break her down.”