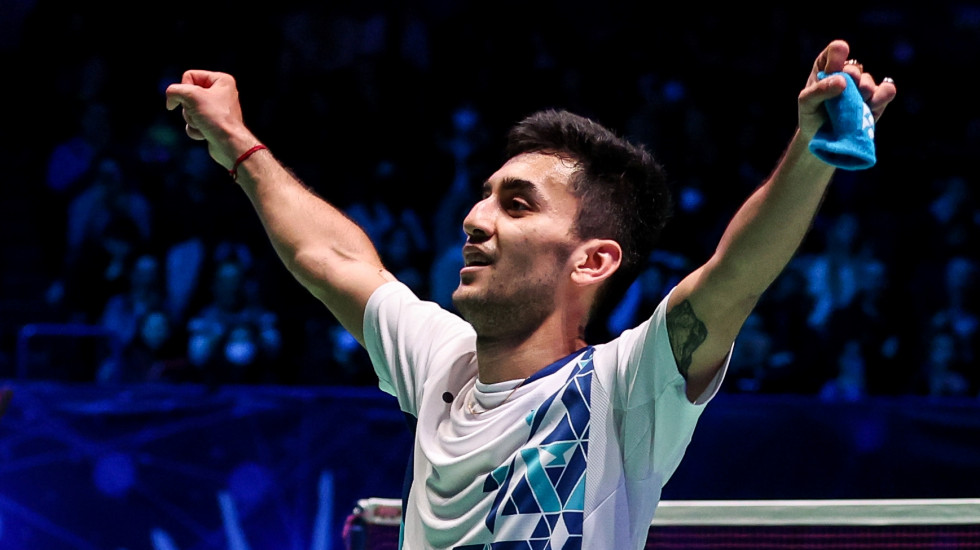 Lakshya Sen at the All England.

Just 20 and still in his early days of elite-level badminton, Lakshya Sen showed the resilience and presence of mind of someone far more experienced, as he edged Lee Zii Jia in an enthralling semifinal at the YONEX All England.

The Indian was seemingly out of it at 12-16 in the third, with the Malaysian revelling in the fizz of his heavy hitting.

Yet, with a steady hand at the net, aggressive on the last few points and alert for the half-chances, Sen overturned most pre-match expectations as he emerged triumphant over the big-hitting defending champion, 21-13 12-21 21-19.

The magnitude of the accomplishment was not lost on the world No.11, who, for the most part, was sensational in defence as he fended off Lee’s thunderbolts.

“I’m happy that I got the crucial points. It’s a dream and now there’s one more match to go, so I will keep my focus and prepare for tomorrow. Towards the end I was just trying to play one point at a time and not thinking of other things, that I was about to make the final or anything like that. Those thoughts were coming in, but I was trying to stay focussed.

“In the first game I got a good length and I was playing well from the net, I was getting some good lifts. Going into the third, I tried to play safe at the net, rather than going too close and giving easy points. I was prepared for a long match.

“There’s one more match to go. Then I can say anything I want. For now, I’m focussed on one more match. All those times, when people said (good things about me), it gave me the belief that I can do well, that belief kept me going.”

Defending champion Lee marvelled at Sen’s control at the net, which, he said, made the difference.

“He was very good with his net play on the last few points. I was prepared for a long match, but he’s very fit too and played at a high level.”

Finals spot up for grabs as Lakshya Sen 🇮🇳 and Lee Zii Jia 🇲🇾 meet for the first time in a cracking match.#BWFWorldTour #AllEngland2022 pic.twitter.com/PpiCi21EbY