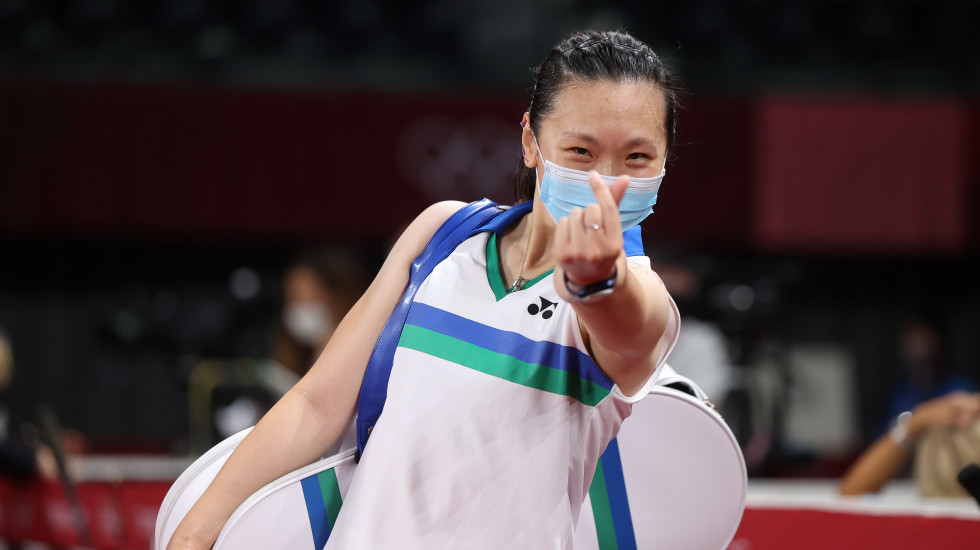 Unfazed by Injury Nightmare, Beiwen Happy to be Back

If the hurt from Tokyo 2020 lingers – she ruptured her left Achilles on the biggest stage of her career – it isn’t easily apparent. She even jokes about it.

“Both my Achilles are pretty bad,” she chuckles. “The good sign is that I’ve only broken one!”

One of the most vivid images from Tokyo 2020 was of Zhang being wheeled out from her Round of 16 match against He Bing Jiao. Zhang had taken the opening game in quick time and was looking strong for a quarterfinal place, but her hopes were to go up in smoke in seconds as she fell to the floor with a ruptured Achilles.

“I didn’t really see that coming. When I touched my Achilles there was nothing, like my foot just went down… I tried to stand up, I couldn’t,” she recalls.

For a player who was entirely self-made, and had orchestrated her own training over the years before qualifying to Tokyo, the abrupt end to her campaign seemed a cruel twist of fate. Beiwen talks of the episode matter-of-factly, sometimes even throwing in a humorous line or two.

Even the pain she felt on court was dwarfed immediately after, when she was tended to in the medical room, when she felt like “someone was just chopping off my leg”.

Surgery and rehab followed. Now, seven and a half months after that episode, Zhang is at the YONEX All England, on the eve of her comeback (she faces Kirsty Gilmour in the first round). For a self-funded athlete — she bore a percentage of the costs of surgery, and all the costs of rehab — to make that journey speaks of something beyond just grim determination. Her doctors said it was the quickest recovery they’d ever seen in an athlete for such an injury.

Rather paradoxically, the emotion Zhang conveys most is happiness – happiness at being able to play. There is no hint of regret or bitterness; her sense of humour is unchanged.

“I think I faced up to my situation pretty quick. I was only sad for a week. And I was like, fine. I don’t care. So I think, first, the most important part is that you have to be happy. You can’t be sad or worry about this all the time.”

Did she never ask “why me?” after all the effort she’d put in to getting to the Olympics?

“No, I didn’t think about that because even if we’re all going the same way the end result will be different. And we’re facing different situations too. So I’m okay with what my situation is today.

“You find a way to make yourself happy. The more you do it the easier it is. So I think the biggest shock for me happened at the Olympics but I just took a week to recover mentally and to get ready. Sometimes it’s good to be sad, because… you will find a way to be back.”

And while she’s at the All England, she has set herself no expectations. She’s just happy to be back.

“I’ve been training for two weeks. I’m not here because I have to achieve something. First, I want to come to tournaments, I want to enjoy it. And secondly, I want to see where my level is right now. And then (to find) what should I improve for my leg.