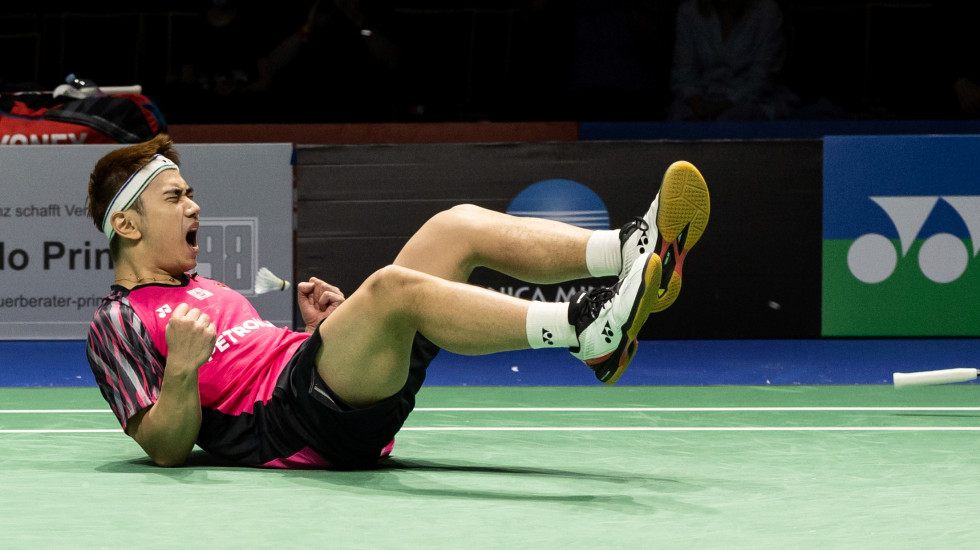 Izzuddin was troubled by a right leg injury late in the third game but kept his nerve as he served out the match, 23-21 16-21 21-14 for the Malaysians’ biggest career title.

He Bing Jiao upstaged compatriot and Olympic champion Chen Yu Fei for the women’s singles crown. Chen had won their three previous encounters, and was close to taking the second game, but Bing Jiao held firm on four game points and clinched the title in straight games, 21-14 27-25.

The men’s singles title was won by Kunlavut Vitidsarn, who got the better of India’s Lakshya Sen.

The Indian, who had beaten Olympic champion Viktor Axelsen in the semifinals, appeared troubled by a blister in his left foot and wasn’t able to challenge the Thai strongly enough as he went down 21-18 21-15.

♦The most exciting match of the finals was women’s doubles, with Bulgarians Stefani Stoeva/Gabriela Stoeva nearly upsetting world champions Chen Qing Chen/Jia Yi Fan. After a marathon 107 minutes, the Chinese just about got past their challengers, 21-16 29-30 21-19.