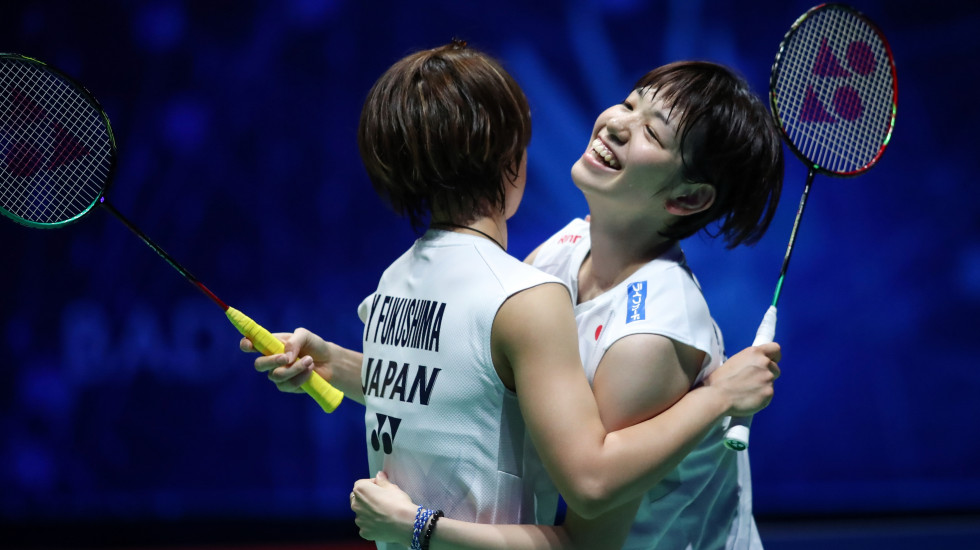 It was the YONEX All England 2020 that last saw a full-fledged draw at an HSBC BWF World Tour event which wasn’t weakened by team withdrawals, injuries or fatigue.

Rather appropriately, it’s the YONEX All England (16-20 March 2022) that will once again see a full draw as the world bounces back from the ravages of COVID-19. The All England 2022 can perhaps be seen as the first event of the post-COVID era, with the draw reminiscent of the world before the pandemic struck.

Among the big names in the draw is Greysia Polii, who talked of retiring at the close of 2021 following her Olympic gold medal win, but who now appears to have reconsidered. The Indonesian, who was elected Chair of the Athletes’ Commission, figures in the draw with Apriyani Rahayu in the bottom quarter. Significantly, Rahayu is playing with a different partner – Siti Fadia Silva Ramadhanti – at the German Open the previous week.

One popular pair returning after a hiatus is Yuki Fukushima/Sayaka Hirota, who haven’t played together since Hirota’s knee injury at Tokyo 2020. Fukushima played with three partners in the European leg with mixed success; Hirota’s form on her return will be eagerly watched as the No.4 duo seek to reclaim their 2020 title.

Women’s singles sports a healthy look, with all the stars having entered. Fifth seed Nozomi Okuhara’s last competition was Tokyo 2020 on home turf; having spent the last few months recuperating from injury, Okuhara might have a battle on her hands in her first match back to competition, as she takes on tall Dane Line Christophersen.

While Tai Tzu Ying heads the draw, Akane Yamaguchi, who beat her in the World Championships final, is seeded second. Olympic champion Chen Yu Fei, well rested after leading her team to the Sudirman Cup and Uber Cup titles in October, is in Yamaguchi’s half along with compatriots Wang Zi Yi and Zhang Yi Man.

The men’s singles draw hums with possibilities, with the likelihood of a Viktor Axelsen-Kento Momota final. While Momota gradually found form during the European leg, he had yet to regain the aura of his prime. Having last played in early December, the Japanese can be expected to return in peak physical condition for the challenges ahead.

But an Axelsen-Momota final is far from certain. Loh Kean Yew, who was in sizzling form at the World Championships, is in Momota’s half, and in an intriguing first round battle, takes on third seed Anders Antonsen. Another big name in that quarter is Lakshya Sen, who won the India Open beating the world champion.

There will also be attention on seventh seed Jonatan Christie, hero of Indonesia’s victorious Thomas Cup campaign, who hasn’t played since the Indonesia Open in late November, and on defending champion Lee Zii Jia, who is in Momota’s quarter.

Among the intriguing aspects of the draw are the names China have fielded. One prominent missing name is Shi Yu Qi.

Following the retirement of his partner Li Jun Hui, Liu Yu Chen will be seen in action with Zhou Hao Dong in men’s doubles.

The little-known Zhang Shu Xian partners Zheng Yu in the women’s doubles and Ou Xuan Yi in the mixed. Mixed doubles Olympic champions Wang Yi Lyu/Huang Dong Ping and silver medallists Zheng Si Wei/Huang Ya Qiong are both in the lower half of the draw, although in the German Open the previous week, Zheng has been paired with Zhang Shu Xian and Huang Ya Qiong with Ou Xuan Yi.

There are a few other fresh combinations whose performances will be keenly watched. Indonesia’s Gloria Emanuelle Widjaja will combine with Dejan Ferdinansyah instead of long-time partner Hafiz Faizal; Malaysia’s Goh Liu Ying will be seen with Ong Yew Sin instead of Chan Peng Soon; and in women’s doubles, Puttita Supajirakul partners Supissara Paewsampran instead of Sapsiree Taerattanachai.