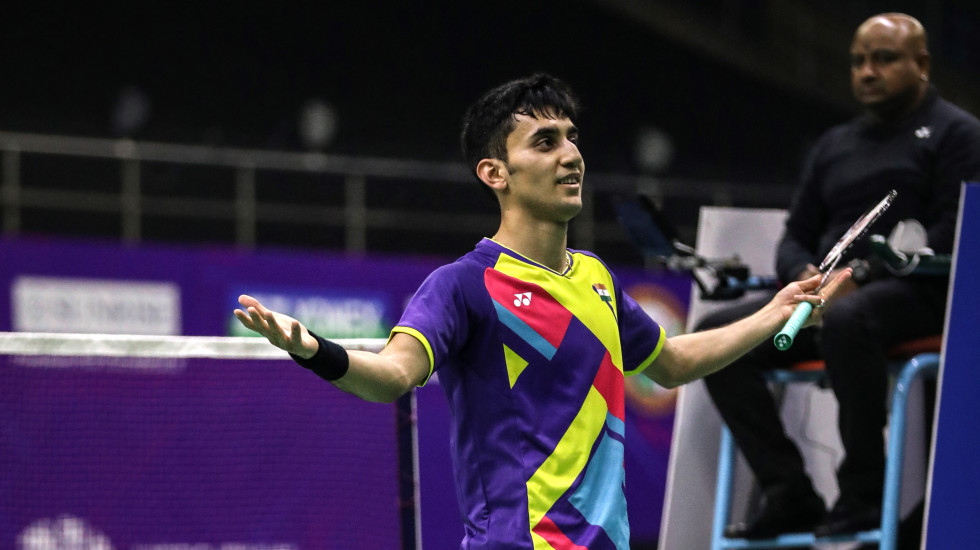 A new generation of men’s singles talent is making its presence felt, and among its most recognisable figures is Lakshya Sen.

The months of Covid-induced isolation robbed the circuit of the transition phase of this cohort from the junior to the elite ranks – the likes of Kunlavut Vitidsarn, Brian Yang, Lakshya Sen, Li Shi Feng and Christo Popov. The surprise is how quickly they have adapted to the demands of top-level badminton, with some already competing in major semifinals and finals.

For India, Sen is the carrier of hopes in men’s singles. While senior compatriots Kidambi Srikanth, HS Prannoy and Sai Praneeth are far from being done, Sen is the face of the future.

Born in the town of Almora in the Himalayan foothills, Sen attracted attention even as a wisp of a lad. At 10 he moved to the southern metropolis of Bangalore to train at the Prakash Padukone Academy; Padukone having prophesised a bright future for the young talent. There were promising results at the junior level – he was bronze medallist at the World Junior Championships 2018 and runner-up at the Youth Olympic Games that year. While there were no sensational results at the senior level, he racked up a series of wins on the lower tiers of the circuit – in 2019, he won five of seven events, including a hat-trick of titles at the Belgian International, Dutch Open and SaarLorLux Open.

After a mostly uneventful 2020 with months of no competition, 2021 provided the signs that Sen had used the time well. He’d filled up physically, and was able to challenge the big names. He was in the thick of things in the last quarter of 2021 – quarterfinals of the YONEX French Open, semifinals of the HYLO Open, and another semifinal, at the season finale in his debut appearance – where luck did play a part, with two of his opponents withdrawing or retiring. Sen arrived at the TotalEnergies BWF World Championships in good touch, but not even his pre-tournament form indicated the level he’d hit.

Steady of hand and fast of feet, showing skill and temperament, he took down Kenta Nishimoto, Kevin Cordon and Zhao Jun Peng – overcoming match point in a tense end game against the Chinese to make the semifinals. There he stayed on level terms with Kidambi Srikanth, before his senior compatriot’s greater experience swung the match his way.

If the World Championships was the perfect finish to 2021, the YONEX-SUNRISE India Open last month was the perfect start to 2022. Three-game wins over HS Prannoy and Ng Tze Yong took him into the final – the biggest of his career — against world champion Loh Kean Yew. The Singaporean was somewhat below par, and Sen seized his opportunity. His career’s biggest title had come on home turf.

“It was a good last year and I’ve started the year with a win, and that too a Super 500 at home, so it feels good,” Sen said. “I came with high expectations of myself. After the World Championships I didn’t have a lot of practice, I trained for a week before coming here but I had the rhythm from the beginning. I played well in the quarterfinals and semifinals, particularly in the semifinals when it was a nervy third game. In the final I played much more freely and more confidently.

“I expected myself to do well because I had a good run at the World Championships. The last three-four months of 2021 helped build my confidence and I had the rhythm going into the tournament.”

Much more will be seen of the mild mannered 20-year-old. He will be leading the Indian men’s team at the Badminton Asia Team Championships next week. With other high-profile events scheduled, there will be plenty of interest in how he adapts to the constantly changing demands of elite badminton.