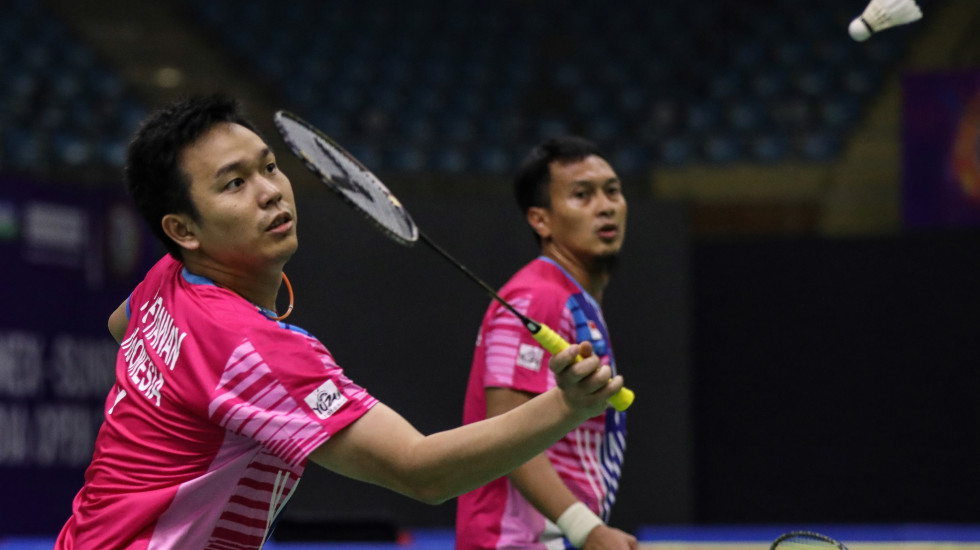 Satwiksairaj Rankireddy and Chirag Shetty set up a final against Mohammad Ahsan/Hendra Setiawan at the YONEX-SUNRISE India Open 2022 – the feat particularly special as they made their first home final, and that too against their idols.

Both semifinals were one-sided affairs – the Daddies got the better of Malaysia’s Ong Yew Sin/Teo Ee Yi 21-15 21-18, before the Indians stopped French duo Fabien Delrue/William Villeger 21-10 21-18.

“It’s overwhelming, it’s our first final after a very long time,” said Shetty. The Indians were last in a final at the French Open in October 2019.

“The last year we couldn’t reach a final. Really happy that we could start this year on a good note. To play Ahsan/Setiawan, it couldn’t have gotten any better.”

Contemplating their final opponents, the Indians foresaw an encounter in which the Indonesians would give them few attacking opportunities.

“We’ve always had fun playing them. I’ve partnered Hendra at the PBL (Premier Badminton League) as well, and we’ve played them a number of times. Its’ always good to play them and they have been our idols. I think we’ll go out there and have fun, and if we play our best we stand a chance.

“The ones who will control the net will dominate. Even today the way they played the Malaysians, the match didn’t last 30 minutes. I expected it to last longer. It was quite fast for a men’s doubles match. They didn’t go for rallies. We need to be ready for that. We know that they may not be the fastest on court now, but they’re smart.

“One thing we are good at is our attack. We know they won’t lift the shuttle. They will play in between and take their chances and keep it at the net. We need to be extra cautious when they do that.”

In-form duo Ong/Teo were expected to trouble Ahsan/Setiawan, but the Daddies were in their zone all through, keeping the rallies short and never allowing the Malaysians to settle down. Tomorrow they will bid for their first title since the HSBC BWF World Tour Finals in December 2019.

“It’s been a year since our last final in Thailand,” said Setiawan. “We’re happy but we’ll try to be at our best tomorrow. Our form has been down since Tokyo. That’s normal after every Olympics. We will try this year to be better. I had Covid before the Olympics, and it did affect me for two weeks before the Olympics, but I have completely recovered.