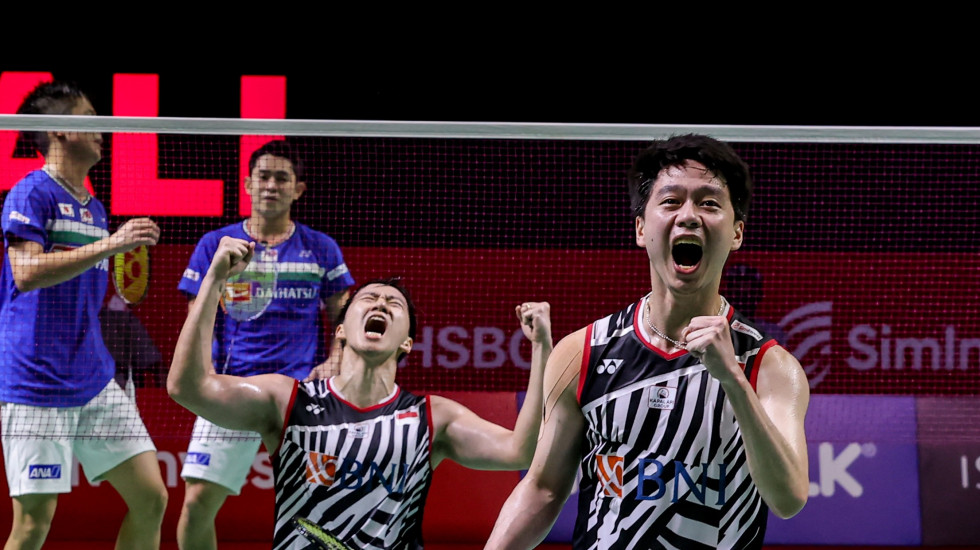 It was perhaps one of the most hotly anticipated matches on the final day of the Indonesia Open 2021.

Gideon revealed just what emotions he was feeling upon sealing the title.

“I am feeling very happy and thankful to God because today we gave our best and have become champions again. We tried our best because it’s for our country. Everything is sore now,” he laughed.

Sukamuljo concurred: “We are grateful to be the winners today and of course, very, very happy that we could win here.”

They are now the first men’s doubles pair to win the Indonesia Open three successive times following on from success in 2018 and 2019.

“We’re really happy to become three-time champions here. It’s a surprise too because I didn’t know about the record,” said Gideon.

“I didn’t know and we didn’t think about that,” giggled Sukamuljo.

It was all out revenge for the Thais over the Olympic bronze medallists , who looked sluggish after a slow start in the opening game.

“I feel awesome today. I’m very happy because we beat them. I feel relieved, but let’s see because we could play them again next week potentially.

“Today we attacked a lot. They made a lot of mistakes but their defence was really good. I think we were actually more tired than them,” said Taerattanachai post-match.

“We kept telling ourselves we didn’t want to lose [in the second]. We knew if it went to a third game, we would be dead,” laughed Matsuyama.

The match was highlighted by one rally that lasted an incredible 192 shots.