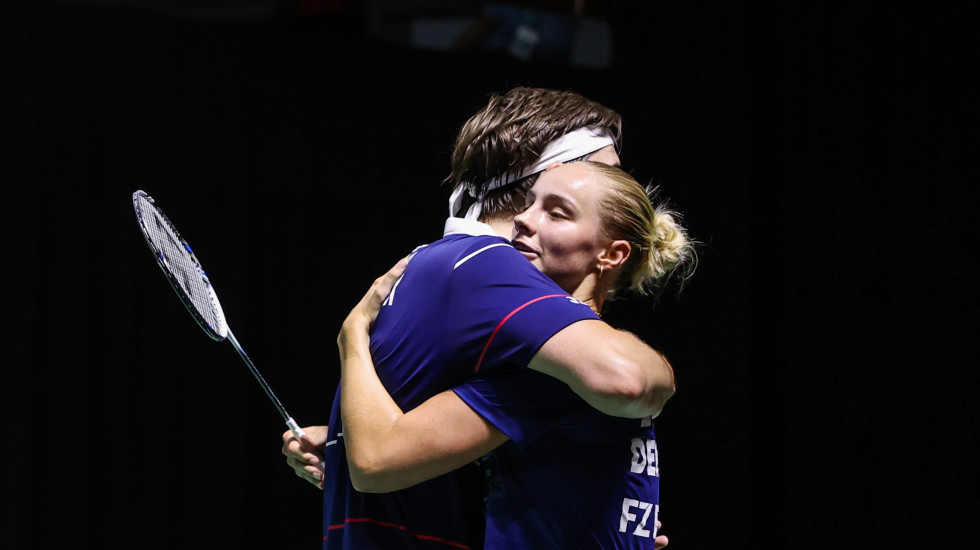 Indonesia Open: Not Dane and Dusted Just Yet

Team Denmark shuttlers are just getting started at the Indonesia Open 2021 – they are ready to attack on three fronts in the semifinals at the Bali International Convention Centre today.

In the process, Christiansen/Bøje who ousted No.6 seeds Hafiz Faizal/Gloria Emanuelle Widjaja in a battle lasting 64 minutes, became the first Danish mixed pair to make the Indonesia Open semifinals since Joachim Fischer Nielsen/Christinna Pedersen in 2015.

The result is a clash with Tokyo 2020 bronze medallists Yuta Watanabe/Arisa Higashino.

The Danes are down 4-0 in their head-to-head but those defeats have also made them wiser.

Christiansen said: “We lost to them in the French Open final and the Olympics, we know it’s going to be a difficult match but we’re playing well here and getting used to the conditions, it’s certainly warm.

“When you get your a** kicked you learn something. We are definitely going to have a plan and believe in it. Let’s see where it takes us.”

Ranking the achievement among her best, an elated Boje added: “We made the French Open final last month, but I’m so glad we could show our best level again. I know Mathias has played in these kinds of matches, but I’m glad we could do this together now.”

Compatriot Gemke too makes his own career history with an appearance in the semifinals against Singapore’s Loh Kean Yew.

“I’m looking forward to it. It’s going to be a tough match. I’m just going to be ready for it,” he said, knowing an all-Danish men’s singles final is a real possibility if he wins.

Olympic champion Axelsen completes the Danish contingent; a clinical and speedy 21-12 21-8 bout over Sai Praneeth safely seeing him through to a last four duel with Jonatan Christie.