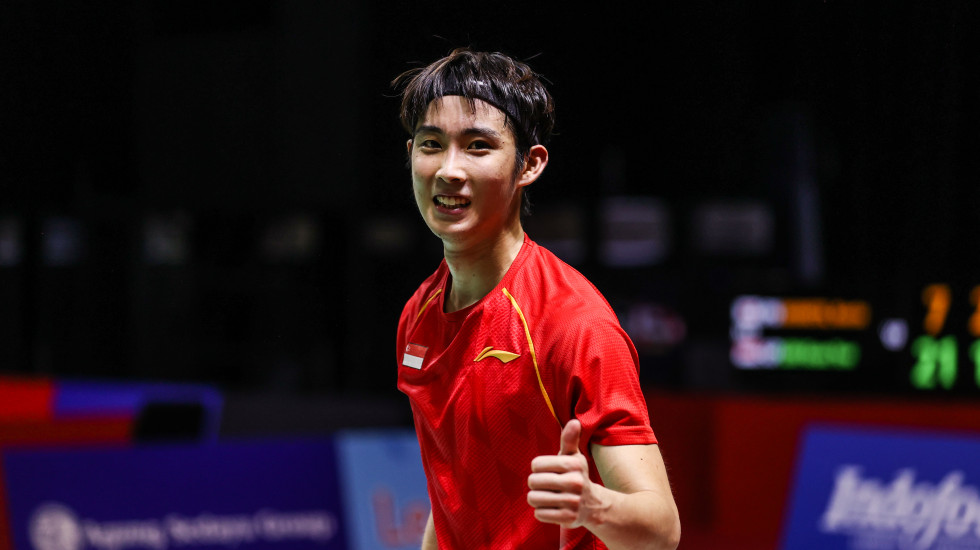 By self-admission Kento Momota was not at his best; fatigue clearly affecting his play. But Loh Kean Yew recorded his first victory over the world No.1, and one of the biggest of his career, to progress to the quarterfinals of the Indonesia Open 2021.

The Singaporean’s 21-7 17-21 21-19 result spices things up in the top half of the draw with four unseeded players set to battle it out with top eight positions for the HSBC BWF World Tour Finals on the line.

Kento Momota is out! Outstanding performance from 🇸🇬 Loh Kean Yew to go through to the quarterfinals. 👏

Loh said post-match: “This is only one win. I’ve taken down other top players before but this is the first time I have defeated the world No.1.

“It is not about a one-time thing though. I need to go back and refocus and prepare for tomorrow. It’s my first time in a quarterfinals of a Super 1000 so I’m going to go in and give it everything I have.”

Momota was sluggish early, showing evidence that he was not quite right. Loh, the Singaporean prodigy fresh off his HYLO Open 2021 success, was making the most of the opportunities the Japanese afforded him.

At 9-2 up in the second, Loh looked like running away with it in straight games. However, as Momota dug deep and churned out one extended rally after another, the world champion began to gain some ascendency. Two stretches of eight and five consecutive points helped him level things at 1-1.

The decider became a game of cat and mouse; most points influenced or determined by deft net play. Momota led 11-6 at the interval, but was by no means convincing in his play. You could sense Loh just had to keep the dial turning to make things interesting.

And that he did. The 24-year-old was more clinical, more accurate, and slightly fresher at the end to close it out 21-19.

“I got into the match faster than him and I think he was trying to put himself back into the match, which he did significantly in the second game.

“But you can see that Momota is tired. He’s not playing at his fullest potential. I just tried my best to take him down, that’s something I needed to overcome and I did that today. So, I’m happy very about that.”

Momota said he was intent on pushing on despite his ailing physical condition: “Because I started early in the tournament, I’m very tired. I lost my focus on the match. I made the decision to carry on playing because I didn’t want to lose. That’s why I put up such a fight in the second game.

“In the second game, I wasn’t trying anything new or different, I was just trying to play my game. I don’t want to redo the match again. I just want to rest now,” he said.

Loh faces Hans-Kristian Vittinghus in the quarters after the Dane extended his head-to-head count against Kanta Tsuneyama to 4-0. Vittinghus outpointed the in-form Japanese 10-21 21-18 21-13 in 54 minutes.