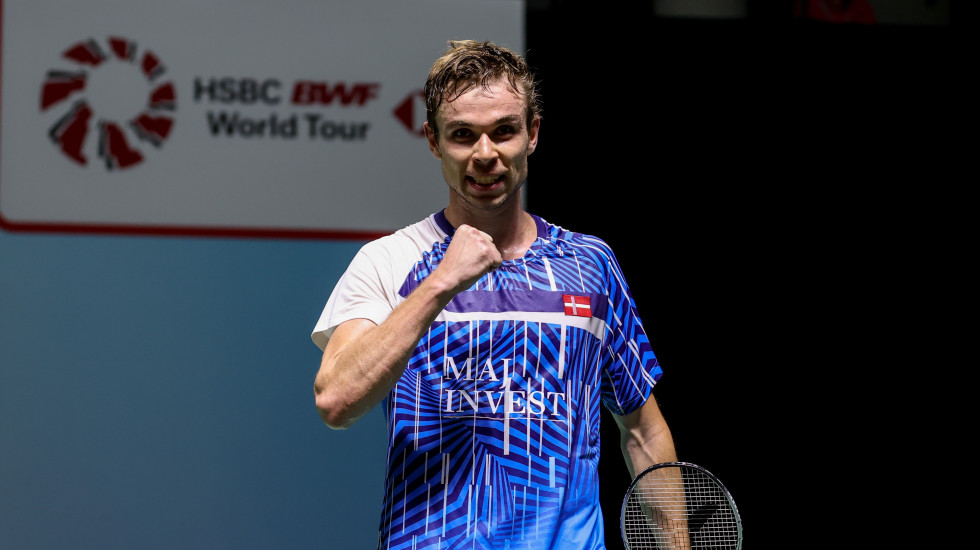 In a quirk of the draw, the pair were meeting in the first round for the second straight week, with Lee pulling out of last week’s DAIHATSU Indonesia Masters 2021 opener after just 13 minutes due to injury.

This match seemed to be going the Malaysian’s way, however, with the world No.7 taking a handsome advantage.

“The first game was very difficult. I was struggling to play the conditions, it was really slow in there,” noted Gemke.

Lee streaked further ahead in the second, leading 11-7 at the interval, and had match point at 20-19, but the 24-year-old Dane dug deep to turn things around.

“Lee made it difficult throughout. I played the four corners really well, his attack and angles from the backline were difficult to see. I was always so far behind in the rallies.

“In the second game, I kept going, returning all the shuttles, trying to see if I could get him to feel a little shaky. I found more confidence in doing that.

“I kept telling myself to keep pushing, keep the shuttles in the court. Lee seemed frustrated and couldn’t play his game so I kept pushing him.”

Gemke said he knew this match would be key in elevating his ranking ahead of the World Tour Finals next week. He is currently in the top eight of the HSBC Road to Bali Rankings, but more importantly, is the No.2 Dane ahead of Anders Antonsen.

“This win means a lot, he’s world No.7 and he’s been playing great since his All England victory. It gives me a lot of motivation and I’m just looking forward to the next match.”

Gemke now plays Shesar Hiren Rhustavito for a spot in the quarterfinals. Another win will eliminate Antonsen from the reckoning.