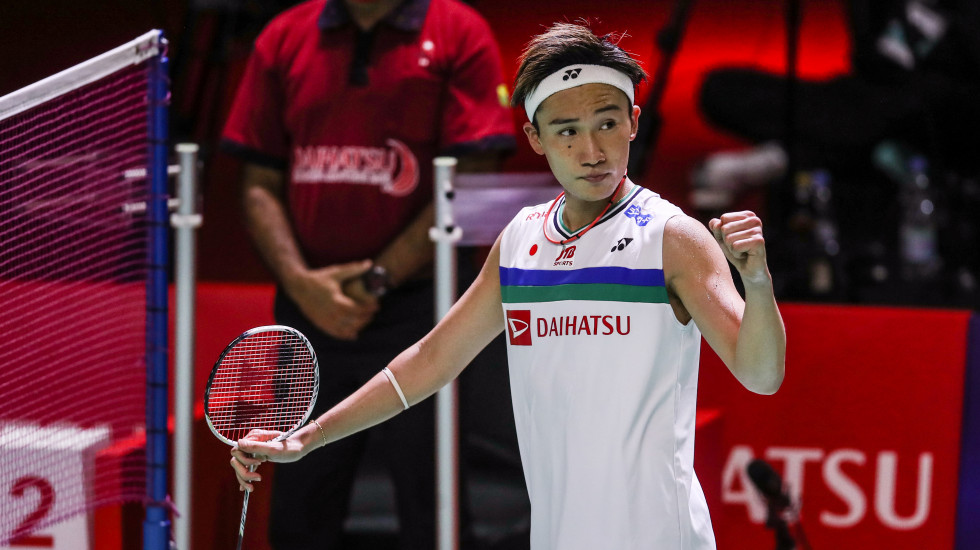 Indonesia Masters: The Long Wait Ends For Momota And Seyoung

Kento Momota is back.

With an assertive 21-17 21-11 win over Denmark’s Anders Antonsen, Momota collected his first HSBC BWF Would Tour title in almost two years at the DAIHATSU Indonesia Masters 2021.

After a car accident in January 2020 ruled the two-time world champion out of competition for some time, King Kento roared back with a vengeance today.

“I am so happy. I’ve worked so hard for this victory. I was just trying to play my best in both games. I didn’t do anything else and I wasn’t rushing my shots. Doing my best got me there in the end,” said a delighted Momota.

Momota had lost his last encounter to world No.3 Antonsen at the Indonesia Masters 2019, but the 27-year-old turned the tables this time around.

“Antonsen is a very strong opponent. I really enjoyed the match. But I don’t think he enjoyed playing today. I’m exhausted now though so I just want to sleep all day tomorrow and do my best in the Open next week.”

It was third time lucky for  An Seyoung as the Korean collected a huge conquest over Akane Yamaguchi.

“I feel really happy. I made one or two mistakes, but I started to correct those unforced errors but I’m happy to win the title today.”

An finally prevailed over Yamaguchi, who was attempting to win a third consecutive title following victories in Denmark and France last month, both against An. With tension mounting at championship point, the young Korean held her nerve.

“I wasn’t thinking about championship point. I was just taking it point-by-point. I’ll take this title and will relive it as one of my happiest memories.”