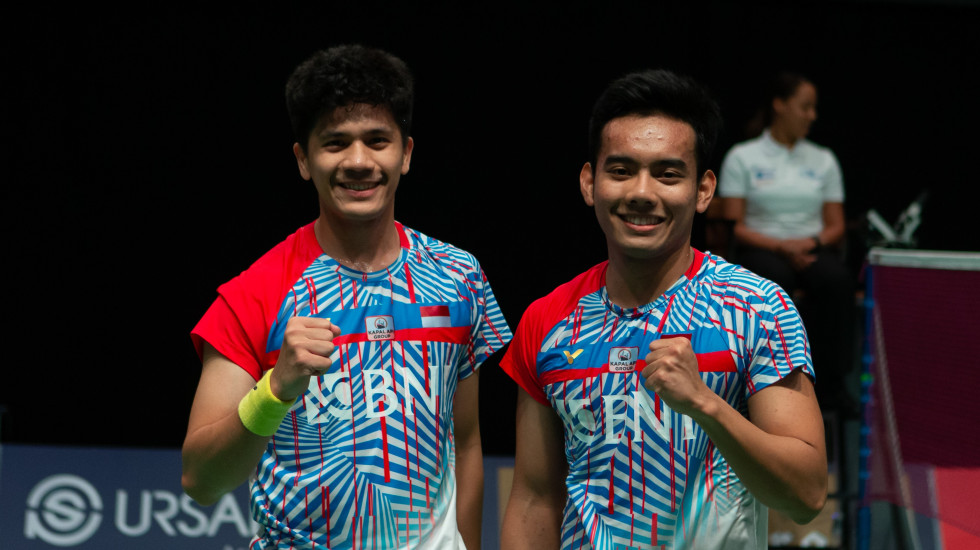 Young Indonesian men’s doubles pairs upstaged their more experienced and accomplished compatriots to enter the semifinals of the HYLO Open 2021.

With top seeds Marcus Fernaldi Gideon/Kevin Sanjaya Sukamuljo also progressing to the semifinals, it will be up to Thailand’s Supak Jomkoh/Kittinupong Kedren to prevent an all-Indonesia final.

In men’s singles, Kidambi Srikanth held off a late charge by Ng Ka Long Angus to set up a semifinal against All England champion Lee Zii Jia. Kidambi led 20-15 but Angus saved four match points before the Indian converted his fifth opportunity, 21-11 12-21 21-19.

In the other half, Lakshya Sen similarly held off a battling charge from fellow 20-year-old Kunlavut Vitidsarn. The Thai saved four match points before succumbing on the fifth. Next up for him will be Singapore’s Loh Kean Yew, who earned a hard-fought win over Rasmus Gemke after saving a match point, 21-11 19-21 22-20.