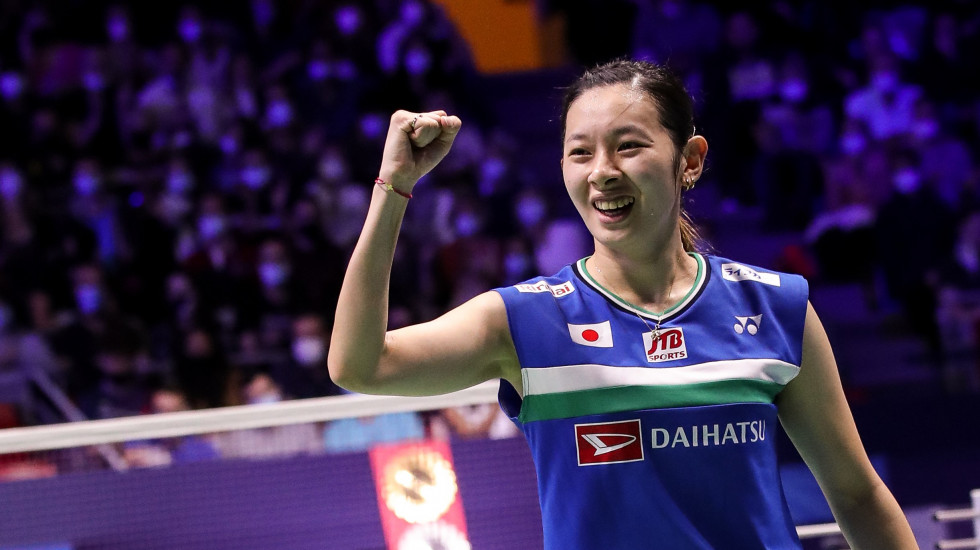 Takahashi Rebounds From Back Injury

A year ago Sayaka Takahashi had a severe lower back problem that threatened to derail her career.

Today, the 29-year-old achieved one of her career’s biggest moments, making a World Tour Super 750 final for the first time.

It’s been a while since Sayaka Takahashi made a major final. The last was in 2018, when she won the Singapore Open, a Super 500 event.

Yet, the Japanese left-hander preferred not to dwell too much on her impressive semifinal victory over Pusarla V Sindhu at the YONEX French Open 2021 today; instead, she said, she wanted focus on the final itself.

“Last year I had a back injury and I thought of quitting the sport. I was struggling for a while. But then I tried to be positive. It took around four months to recover, but I was only 90 per cent fit when I arrived for the Sudirman Cup. Of course I’m happy that I’m now in the final, but I have a match left and I have to prepare for that and play my way.”

She will take on compatriot Akane Yamaguchi, who repeated her Denmark Open final win over Korea’s An Seyoung.

Takahashi’s sparkling skills were evident as she worked her way in from a first game deficit, opening up the court with unusual angles and denying Pusarla the opportunities to force her physical game on the match. Her whippy left-handed shots got sharper as the match progressed, and the Indian was often lunging in vain.

“It was a challenge to face Sindhu as she is powerful and quick so it was hard to keep up with her pace at first, but then I was able to get some good points,” said Takahashi.

Yamaguchi made her second final in two weeks with another hard-fought victory over An Seyoung. Unlike the Denmark Open final which was a pitched battle all through, this one was played at a more sedate pace, with both feeling the effects of the European sojourn. It crackled to life midway through the third game, inviting sustained applause.

An Seyoung kept drawing close, but the Japanese had sufficient fuel left in the tank, and she pushed the pace at the right moments to make her third French Open final.