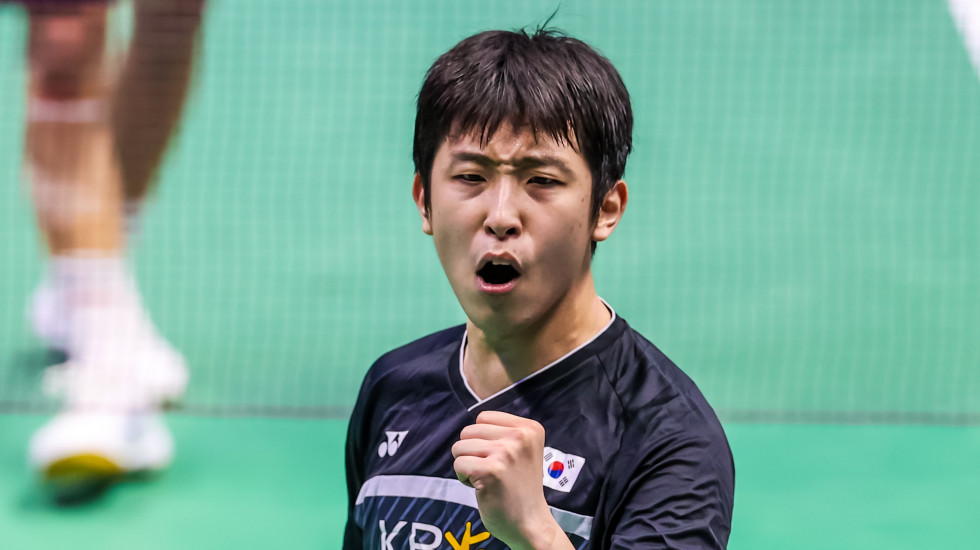 Heo Kwanghee’s profile has skyrocketed since his surprise defeat of Kento Momota at the Tokyo 2020 Olympics, but the Korean revealed that he had almost quit the sport after a long spell of average performances.

Although he fell in the semifinals of the YONEX French Open 2021 today to Chou Tien Chen, his career graph has been on an upswing since Tokyo. He helped Korea enter the semifinals of the Sudirman Cup with wins over Kunlavut Vitidsarn and Chou; repeated his victory over Momota at the Thomas Cup as he led the team into the quarterfinals, and made his first World Tour Super 750 semifinals at the French Open beating Wang Tzu Wei and Lakshya Sen.

“This is a big tournament, and my first semifinal at a (World Tour) Super 750. Since the Olympics I’ve been able to play good players and my confidence has gone up,” said the world No.35.

Heo was an early bloomer, winning the BWF World Junior Championships in 2013. But his time at the senior level has been less stellar, and, until the upset of Momota, had few outstanding results to speak of.

“After I won the World Junior Championships my performances kept going down. My body wasn’t following my mind. I wanted to give up. I felt like I couldn’t do it any more. But since the Olympics, in every match I feel different. Mentally, I feel fresh for every match,” he said.

One of the factors of his improved performances was improved fitness. Heo recalls that, during the preparation phase for the Olympics, he lost 10 kilos and arrived in Tokyo fitter than he’d ever been. The results started to follow.

How has he managed to get under Momota’s skin?

“I think our matches are about athleticism. I’m able to keep up with his pressure and stay in the match for a long time because I can handle those long rallies.”