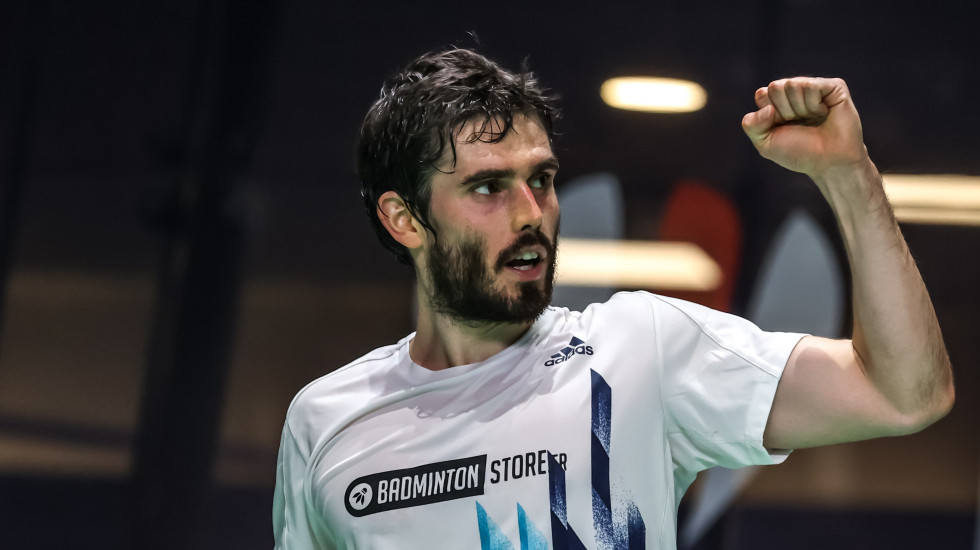 Frenchman Thomas Rouxel rode on the energy of home support in a thrilling opening round victory over Kantaphon Wangcharoen at the YONEX French Open 2021.

Rouxel recovered from the loss of the opening game and then edged Wangchaoroen in a riveting third game after saving five match points, 15-21 21-11 27-25.

In the second round Rouxel faces Lee Cheuk Yiu, who caused the upset of the opening day beating third seed Anders Antonsen 21-19 21-19.

All England champion Lee Zii Jia, who is in Axelsen’s quarter, has an interesting match first up when he faces Singaporean Loh Kean Yew.

In women’s singles, Denmark Open champion Akane Yamaguchi has a tricky first round in the form of Korea’s Kim Gaeun.

Second seed Ratchanok Intanon, who has had injury problems lately, is seeded second and takes on local hope Marie Batomene. In her half are Pusarla V Sindhu and Kirsty Gilmour.