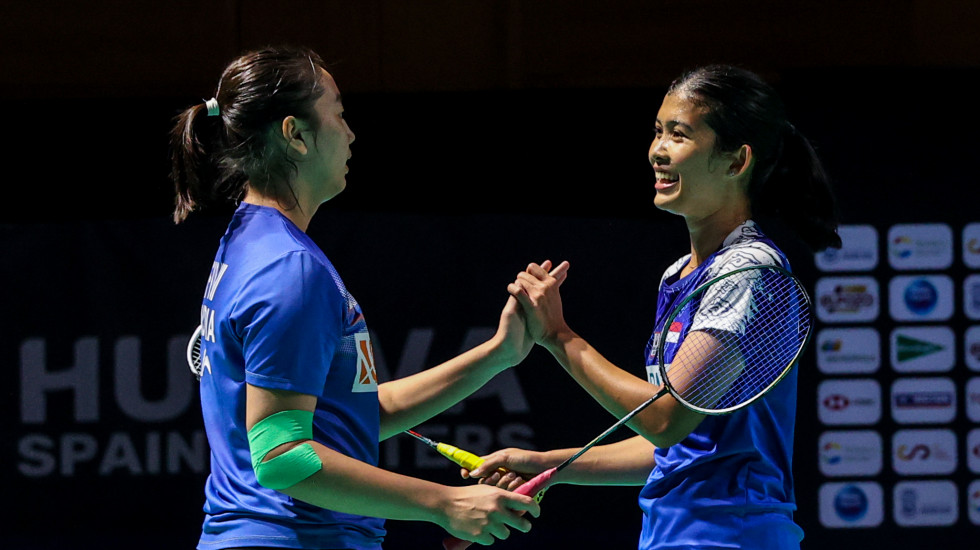 In a dominant display of fuerza bruta, Team Indonesia secured finalists in each discipline for the finals of the Spain Masters 2021. In a week that has seen a culmination of 166 players from 24 countries descend into the city of Huelva.

Toma Junior Popov emerged victorious as he claimed his first Super 300 title on the final day in 21-15 21-17 match, capitalising on his strong attacking form.

The Frenchman roared in celebration as feisty Indonesian Chico Aura Dwi Wardoyo hit a long shot to the back of the court to hand Popov the title.

“I think everyone saw my emotions at the end of the match. I was living the dream. I think I can just relax and be happy and celebrate. I’ll take a little break and begin training for the next season after the Olympics. I’m so happy, it’s amazing,” said a relieved Popov.

Wardani punched rallies with panache and power to her opponent with the Dane making several unforced errors to the net.

An emotional Wardani said: “I feel so happy to be a champion in the venue that is named after my idol, Carolina Marin. It’s not about the winning or losing, it’s about being able to play well. I know if I play well, the victory will come and I managed to do that.”

There were significant wins for Indonesia’s men’s and women’s pairs on the final day too.

On just their second outing as a doubles pair, the Indonesian duo held their nerve and seven match points to take their maiden victory at a HSBC BWF World Tour event.

“We are very happy to be champions here in Huelva. We played our maximum effort out on court today and we hope this is just the beginning and there’s more to come,” said Barkah.

“This is the second time we have played together. This time around, we feel we have made improvements since the Orleans Masters 2021, especially with each other,” added a delighted Gani clutching her Spanish galleon themed trophy.

Tension, hard-work, commitment and drive. The match had it all as the pair remained calm and dug deep to seal the win.

“I’m so happy right now I can’t wait to get back to Indonesia,” beamed Rambitan.

“We’re very happy with this title, it’s something we have been waiting a long time for and we’re happy to prove that we can win titles,” revealed Kusumawardana.

Finishing up a incredible day for Indonesia were mixed doubles champions Rinov Rivaldy/Pitha Haningtyas Mentari who prevailed over no.2 seeds Niclas Nohr/Amalie Magelund 21-18 21-15 from Denmark.