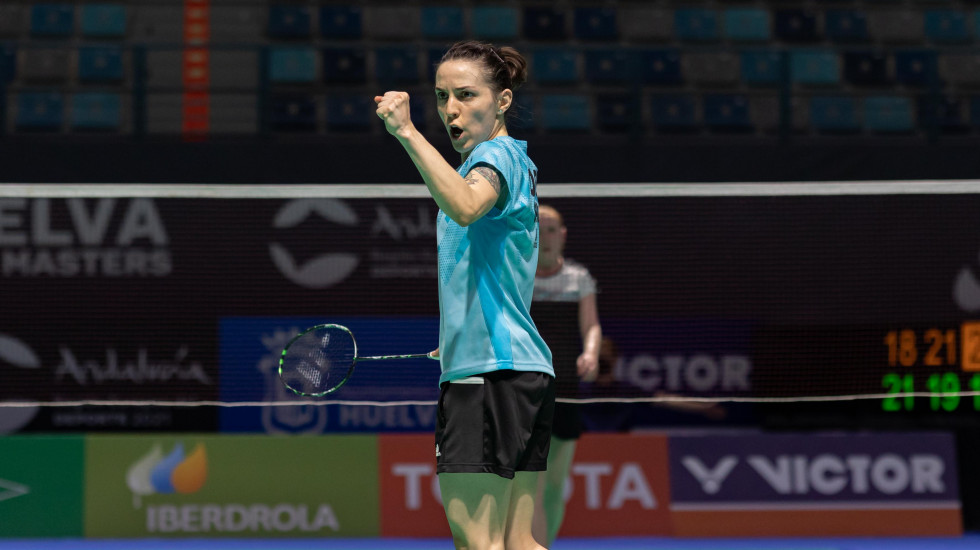 It was a day of upsets at the Carolina Marín Sports Palace as several seeded players’ Spain Masters 2021 journey ended in the second round.

The Spaniard was steady on her feet throughout, maintaining her focus while the Dane ran out of steam in the decider. After a spate of injuries and a lack of tournaments, Corrales did just enough to clinch victory.

“In the second second game, she was leading and I wasn’t feeling confident. But I pulled my focus back and she made a lot of mistakes in the third so it became easier to win,” Corrales said.

Jakobsen’s compatriot Line Christophersen faced a tough battle of her own as she took on another home favourite, Clara Azurmendi, eventually saluting off the Spaniard 21-12 21-13 in 25 minutes.

A relieved Christophersen said: “It was a tough first game but I’m really happy to come through in straight games. The tactic was to play fast and put some pressure on my opponent.”

The French duo took the lead in the opening game but it was not to be despite the intensity of their fiery rallies. The second game saw the No.2 seeds put on a show of attack and defence to seal their win.

“We carried the fight. It was a close match because the shuttles were slow,” admitted Marthin.

Carnando added: “When the French pair were leading in the opening game, we stepped up our communication and remained calm.”

They might be small, but they proved to be mighty; England’s Jessica Pugh/Jessica Hopton packed a punch as they outmanoeuvred third seeds Kati-Kreet Marran/Helina RÜÜtel from Estonia 21-9 12-21 21-12.

“We’re at a really good level and happy to beat the third seeds. It’s just so nice to be competing again,” said Pugh. “We know on our day we can beat good pairs. We’re two little fast pocket rockets.”

Hopton added: “We attacked really well in the first game. We went out there knowing the Estonians are good at working long rallies. We had big energy and big attack today.”