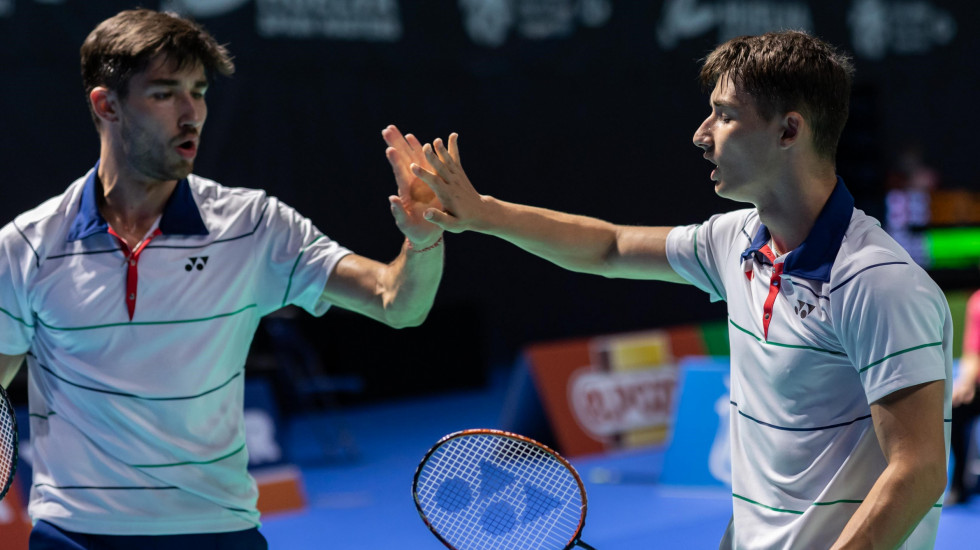 Christo Popov and Toma Junior Popov are competing at Spain Masters 2021 with a single aim – to leave Huelva as men’s doubles champions on Sunday.

On the opening day of the Super 300 event yesterday, the French brothers faced resistance from Malaysian duo Yee Jun Chang and Chia Weijie but prevailed 22-20 23-21 in 47 minutes.

“It’s never easy to have your first match against Malaysia but we are here to win,” Toma Popov said without flinching following the victory.

“Chang and Chia are very good and put a lot of pressure on us at the front court. We were in defence 70 per cent of the time (but) did a good job.”

Christo Popov added: “We adapted to the conditions better. We took advantage in defence and won a lot of points and that made a big difference. We had some luck at the end as the Malaysians rushed some shots.”

After a tight opening game, Chang and Chia dug deep in the second but failed to break through their opponents’ defence at match point.

“We did our best but they were better,” admitted Chia. “We made some mistakes, there were unforced errors. We are happy to be back competing and will come back from this.”

A total of 166 players from 24 countries descended into Huelva to be greeted with clear skies, sunshine and smiles amid a global pandemic.

And it proved a good day for men’s pairs from Indonesia as they ended it unblemished.

Also through to the next round are third seeds Muhammad Shohibul Fikri and Bagas Maulana, who made light work of Ireland’s Joshua Magee and Paul Reynolds in their 21-12 21-12 win.

Top seeds Kim Astrup and Anders Skaarup Rasmussen cruised to a 21-7 21-9 victory over home duo Jose Molares/Jaume Perez in the day’s opening match despite stepping onto the court at the Carolina Marin Sports Palace for the first time.

“We missed our practice session yesterday so we are pretty lucky our first game was one we expected to win. It’s good to be on court,” said Rasmussen.

Astrup added: “They fought well and made it difficult in some periods but we managed to stay calm and enjoy the match.”