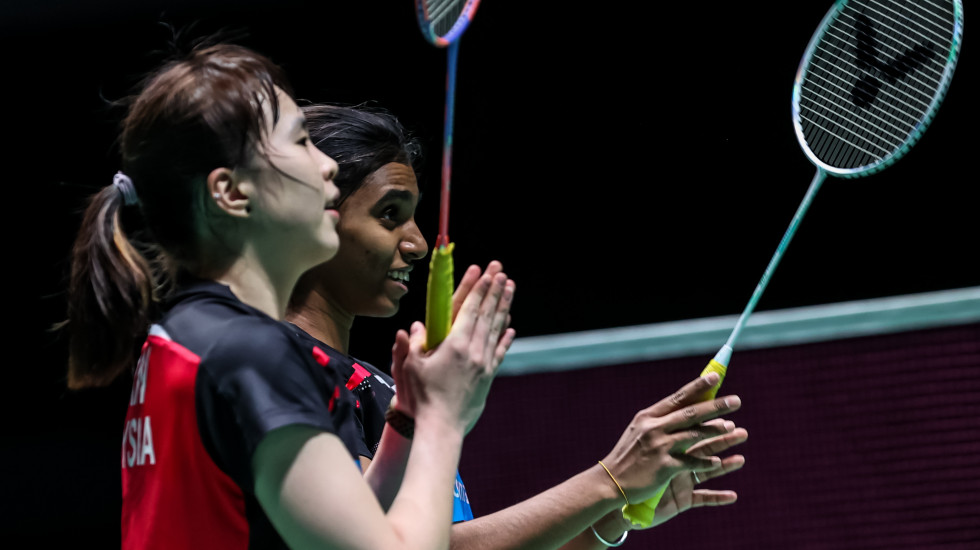 Livewire Malaysian Duo Are Ones to Watch

In the space of just four tournaments, the world has changed for Pearly Tan and Thinaah Muralitharan.

Not so long ago – just seven tournaments ago, in fact – they were plying their trade at the International Challenge level. Now, on the back of a dramatic 2021 season so far, they have pitched themselves into the big league.

With three quarterfinals at the World Tour Super 1000 level, and the YONEX Swiss Open title, it’s been a steep upward curve for the Malaysian duo in 2021.

“Winning the Swiss Open really boosted our confidence. We got a lot of experience out of that, so it was very good,” said Pearly Tan during their sojourn at the YONEX All England.

“It was quite a surprise and an unexpected win. We played well in our rotation and our communication was good and we believed in each other, so we were happy with our performance.”

Significantly, they got the better of two top pairs — senior compatriots Chow Mei Kuan/Lee Meng Yean in the semifinals and then the Stoeva sisters, Stefani and Gabriela, in the final.

“We didn’t think too much before the semifinal, because they (Chow/Lee) are our seniors. They’re higher ranked than us, so we just played our game and didn’t want to put pressure on ourselves,” said Muralitharan.

Playing their first Super 300 final against the experienced Bulgarians, the Malaysians felt no nerves.

“We hadn’t expected to make the final, so we weren’t nervous,” said Tan. “We just discussed our game plan, and then we went to take them on.” 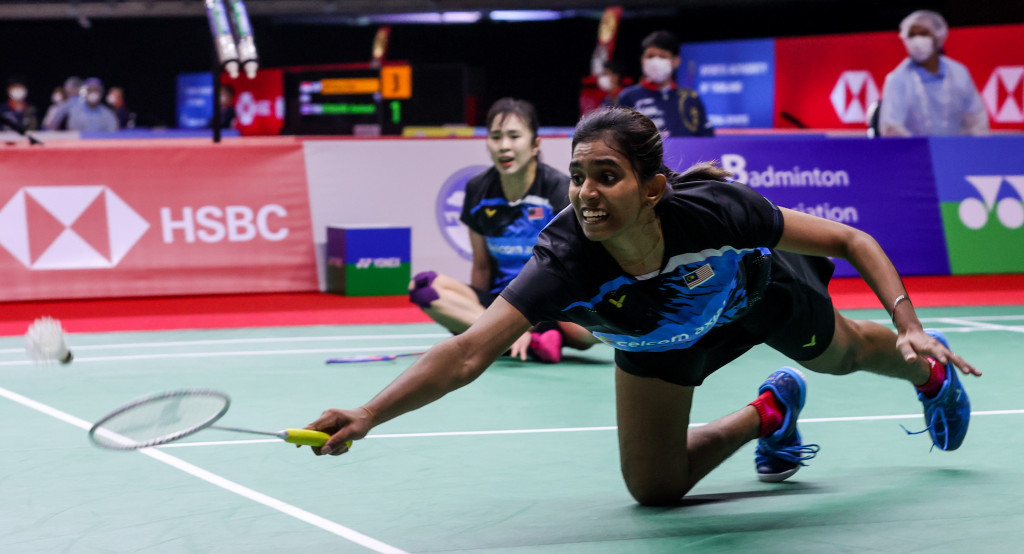 After a close opening game, the match swung their way and the title was theirs after just 42 minutes. The surprisingly one-sided final, 21-19 21-12, had given them the biggest title of their career.

“Beating the Stoevas was unexpected because neither of us have played with them before and they are far more experienced. We tried not to think too much during the match,” said Muralitharan.

A few days later, playing their first All England, Tan and Muralitharan knocked out top 10 pair Jongkolphan Kititharakul/Rawinda Prajongjai in straight games, before eventually falling in a tight quarterfinal to Nami Matsuyama/Chiharu Shida.

The Malaysians are a feisty pair, battling every point and celebrating their successes in a match with loud war cries. Their stubbornness is particularly noticeable, with a hard-to-break defence; in attack, Tan’s smashes are possibly on par with any in the women’s game.

These qualities saw them make impressive inroads at their first Super 1000 events during the Asian Leg. Their first round upset of Chang Ye Na/Kim Hye Rin at the TOYOTA Thailand Open – they won 16-21 21-15 27-25 – showed that they have the ability to challenge the very best. 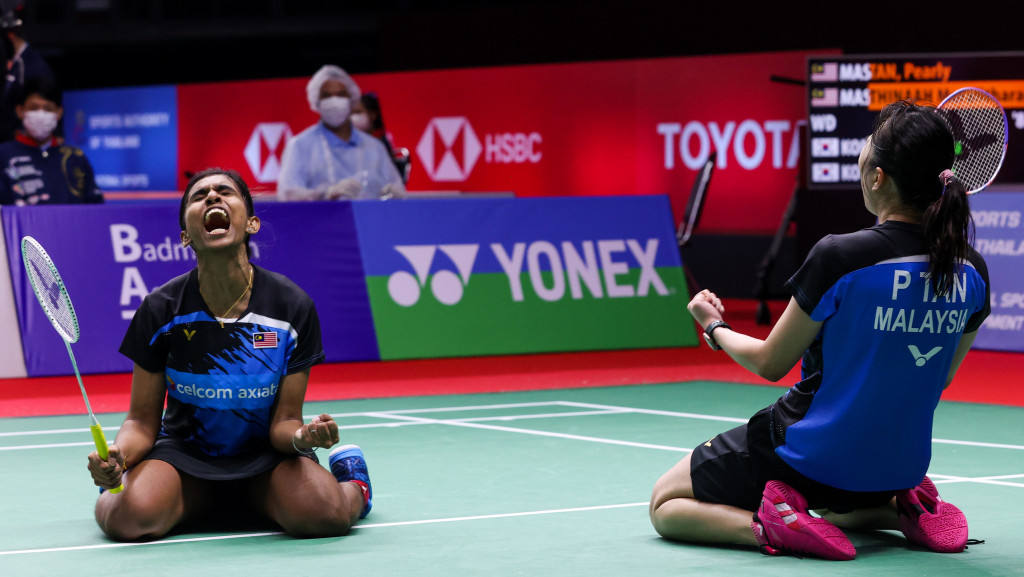 What explains their rapid rise?

The Malaysians believe that the training during last year’s long spell away from competition helped them work on their technical deficiencies and improve physically.

“We didn’t have tournaments for a long time, so we were just training, and we worked on our weaknesses and that made us stronger in many aspects,” Tan said.

Tan and Muralitharan are yet to face the top Chinese or Japanese pairs this season, and that should make them circumspect. But given the abilities they have showcased so far, they are likely to acquit themselves well enough.