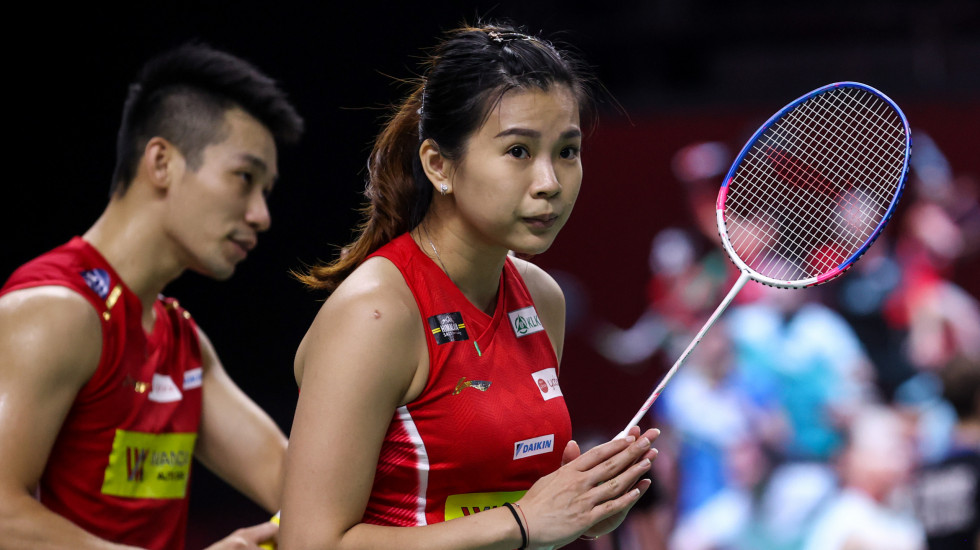 Malaysian mixed pairs dominated the headlines on Day 4 of the YONEX Swiss Open 2021.

Chan Peng Soon/Goh Liu Ying became the first top seeds to get knocked out this edition after losing 21-14 19-21 15-21 to Danes Mathias Christiansen and Alexandra BØje in the quarterfinals yesterday.

With the defeat, the Rio 2016 silver medallists prolong their unfortunate run of not making a semifinal since the Perodua Malaysia Masters 2020, having fallen at the last eight stage in four of five tournaments that followed.

The blow was however softened by Tan Kian Meng/Lai Pei Jing, whose 21-17 16-21 21-18 win over Satwiksairaj Rankireddy/Ashwini Ponnappa earlier made them the first mixed pair from their country to qualify for the semifinals this century.

They will be joined by Lee Zii Jia, Aaron Chia/Soh Wooi Yik, Tan Pearly/Thinaah Muralitharan and Chow Mei Kuan/Lee Meng Yean, giving Malaysia the most representatives in the last four.

With Tan/Muralitharan and Chow/Lee facing each other, they are also the sole nation assured of a place in tomorrow’s finals.

Carolina Marin and Pusarla V. Sindhu both advanced in straight games, keeping alive the prospect of a final between the old rivals.

Viktor Axelsen also did not face much resistance in his 21-17 21-12 victory over Shesar Hiren Rhustavito. The in-form Dane next take on India’s Kidambi Srikanth, to whom he has not lost since 2017.

Bulgarian sisters Gabriela and Stefani Stoeva defeated fifth seeds Maiken Fruergaard/Sara Thygesen for the 10th time in 11 meetings en route to their fourth consecutive semifinal at the tournament. The world No.14s face No.1 seeds Rawinda Prajongjai/Jongkolphan Kititharakul, who they lead 3-2 on head-to-head, in the semifinals today.

The last Malaysians to play the Swiss Open semifinals are Kien Keat Koo/Tan Boon Heong. They lost the match to Lee Sheng Mu/Tsai Chia Hsin at the 2016 edition.