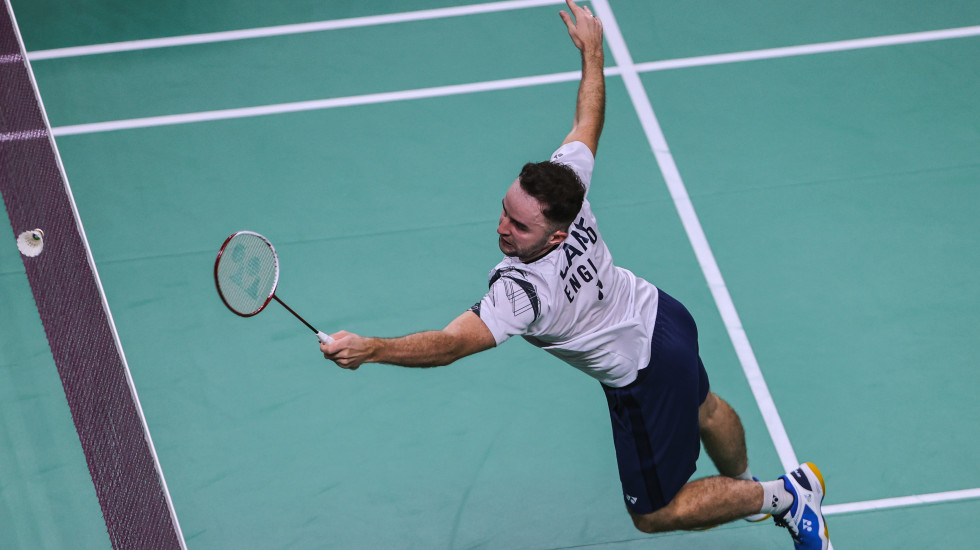 It’s long been considered the top field of badminton is dominated by Asian players. While there might be some truth in that, with a glance at the BWF World Rankings showing China, Japan, Indonesia and Korea headlining each discipline, there is resistance and perseverance knocking at the wall.

Carolina Marin, the first female shuttler to obtain three World Championships titles, told BWF in December: “We know the Asian players are at the top every time. The Europeans are constantly working hard to break the Asian wall. It’s difficult but we’ll do our best every time.”

“I know Yigit is the first Turkish player to make a Super 1000 quarterfinals and I’d like to congratulate her. I hope to see more Europeans at this level,” she said.

After securing the YONEX Thailand Open and TOYOTA Thailand Open, Marin’s dart to two crowns saw her climb two places on the rankings to third.

Following a successful run in Bangkok, English duo Sean Vendy and Ben Lane qualified for the HSBC BWF World Tour Finals 2020 much to their own surprise and hit a new career-high ranking of 18 post the World Tour. Their nearest European contenders are compatriots Marcus Ellis and Chris Langridge at No.12.

“Our hard work over the last few years is paying off. We worked on things from the DANISA Denmark Open like our net game and defence. Some things in Bangkok just came together for us,” Lane revealed.

“Exactly,” Vendy emphasised. “When we were defending, we felt really, really good. Even against Goh V Shem/Tan Wee Kiong, their attack is one of the best, we were quite comfortable.”

On breaking that Asian wall, Vendy said: “There have been some incredible European players. Probably more from Denmark have been in the world top 10 than others. If they can, we can as well. One of our goals is to be top 10.”

Looking to idols like their coach, former world champion and Olympic silver medallist Nathan Robertson, Lane believes a breakthrough is imminent. Noting the superb rise of French mixed pair Thom Gicquel and Delphine Delrue, the 23-year-old Lane said: “There’s a lot of talent. There’s Anders Antonsen and Mia Blichfeldt and Gicquel and Delrue. There are more countries pushing on. We’ll keep improving and get better.

Vendy added: “We’re consistently beating great players. We just need to keep our game consistent to compete with the top 10. We’re continually working on things and we definitely believe we can get there.”

Marin, Lane and Vendy return to action next week at the new season’s opening event, YONEX Swiss Open 2021, where they are first and eighth seeds respectively.