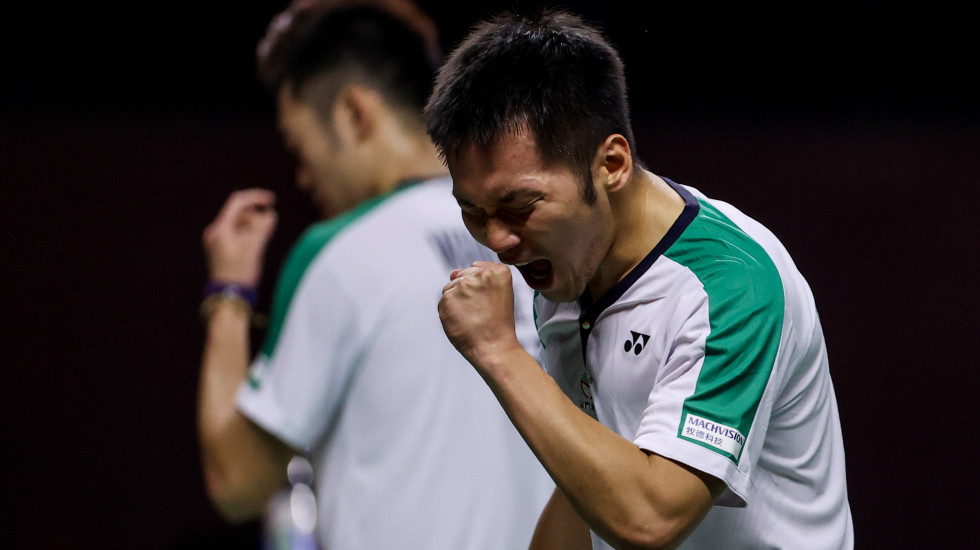 The Chinese Taipei duo, who won the YONEX Thailand Open last week, waltzed into the final of the TOYOTA Thailand Open overcoming Mohammad Ahsan/Hendra Setiawan 14-21 22-20 21-12 with some sharp tactical play.

Just as impressive were Malaysians Aaron Chia and Soh Wooi Yik, who denied Satwiksairaj Rankireddy and Chirag Shetty many attacking opportunities in a 21-18 21-18 victory. 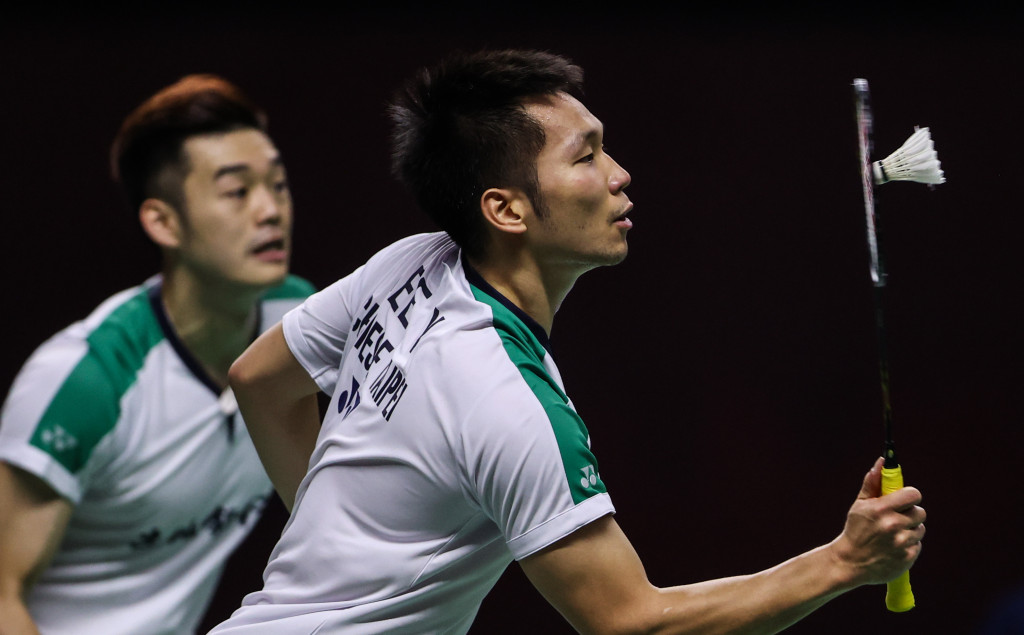 Ahsan and Setiawan had controlled the opening game, with their variations causing their opponents to scramble. The split-second delay in shotmaking was causing them trouble, and so, at the break, Wang Chi-Lin told his partner to avoid committing too early, and to wait an instant longer.

“In the first game we were under pressure; we kept the shuttle high, allowing them to smash or cut, and we were always chasing the shuttle and not in control. So we were uncomfortable,” said Wang.

“We wanted to move fast, so we moved first, and they saw us move and played into empty spaces. So I told him to stay, to wait for the shot.”

The Chinese Taipei pair started to play a flatter game, banking on their greater energy and power to put pressure on their opponents.

“Our skill is also good now, and we have more power, more speed, to push forward. We kept pushing, and not just defending. In the beginning we were scared of their flat shots so we kept lifting and fell on defence,” said Lee Yang.

Now, having made their second major final in two weeks, both said they were exhausted. They hope to make one last push.

“Unbelievable,” said Wang Chi-Lin. “We had never made a Super 1000 final before this year, and to make two in two weeks… we tried not to think too much, and were trying to focus on what we could do on court.”

They will take on Malaysians Aaron Chia and Soh Wooi Yik, who are in their second Super 1000 final following the All England in 2019. The Malaysians kept things tight against Satwiksairaj Rankireddy and Chirag Shetty, preventing the Indians from imposing their attacking game.

“Mainly, we couldn’t score points on service,” said Shetty. “We couldn’t get a lead of a point or two, if we could’ve broken that and got a lead of two-three points, we could’ve converted that game and the scenario would’ve been a  lot different. We couldn’t do that today and that mattered.”