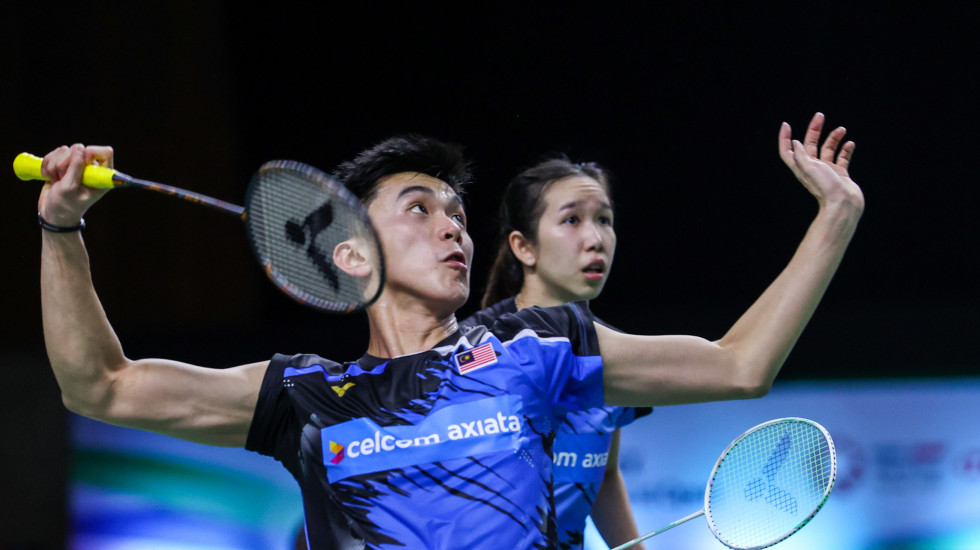 It keeps getting better for Hoo Pang Ron and Cheah Yee See.

Hoo and Cheah overcame the loss of the first game and kept their composure in the two tight games that followed. They recovered from a two-point deficit in the closing stages of the third game to win 12-21 21-19 21-19. The Malaysians’ previous best at the World Tour was a semifinal at the Macau Open (Super 300) in 2018 and 2019.

“We struggled in the first game. Maybe we were not used to the drift,” said Hoo Pang Ron.

“We had not played on Court 2 yet, and the drift is a little bit different, so it made everything harder. In the second and third games, slowly our shots came back and we did quite well.

“They have their strong points. Physically we are probably not as strong as them. But our tactics and Yee See’s speed at the front was faster than theirs and it made our game smoother.”

“As I have said before every match, there is no pressure because we are underdogs, so hopefully we can bring something back for Malaysia.”

“They were very well prepared and always ready to receive our attacking shots. We weren’t lucky today. Our performance wasn’t good. We gave it our best but we still made a lot of mistakes and we have a lot of room for improvement,” said Widjaja.