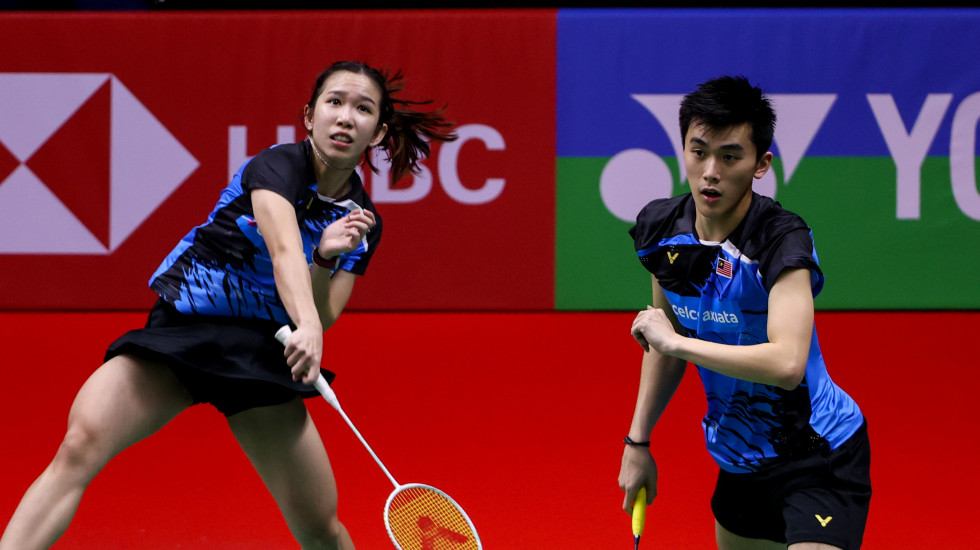 Malaysia enjoyed a successful day at the TOYOTA Thailand Open, winning nine of 11 matches, and producing a surprise in mixed doubles.

World No.34 duo Hoo Pang Ron and Cheah Yee See were expected to have trouble against No.15 pair Thom Gicquel and Delphine Delrue, who yesterday had taken out second seeds Praveen Jordan and Melati Daeva Oktavianti. However, it was the French who finished at the receiving end, unable to come to terms with the clever play of the Malaysians as they fell 21-14 21-16.

“We were underdogs so we went in without any pressure. We just had to play our game. Our coaches asked us not to rush. Their attack is strong too, so we had to get the attack first,” said Hoo Pang Ron.

“This win is quite big, it will improve our confidence. We hope we can keep going.”

A deflated Delrue admitted they couldn’t quite adjust to the Malaysians’ style.

“They put a lot of pressure on us, they played a flat game and it wasn’t the same game as yesterday so we didn’t adapt to their speed.

Compatriots and fifth seeds Chan Peng Soon and Goh Liu Ying made the quarterfinals in the top half of the draw, where they face Satwiksairaj Rankireddy and Ashwini Ponnappa.

In women’s doubles, giant-killers Pearly Tan and Thinaah Muralitharan, who had upset sixth seeds Chang Ye Na/Kim Hye Rin in the first round, struggled to shake off French duo Vimala Heriau/Margot Lambert before easing through in the end in three games. They face compatriots Chow Mei Kuan/Lee Meng Yean, who got the better of Gronya Somerville/Setyana Mapasa in straight games.

In the quarterfinals they take on their seniors Goh V Shem/Tan Wee Kiong, who came through after a stiff battle against Thailand’s Supak Jomkoh/Kittinupong Kedren.

Men’s singles will have a quarterfinal representative in the form of Liew Daren, who had a straight-games win over HS Prannoy.

“Today Prannoy looked a bit tired, maybe due to yesterday’s tough match. So I just had to play my game and put him under pressure,” said Liew.

“Tomorrow will be a tough match (against Viktor Axelsen). You can see from last week that he is playing very well, but I will give my best.”