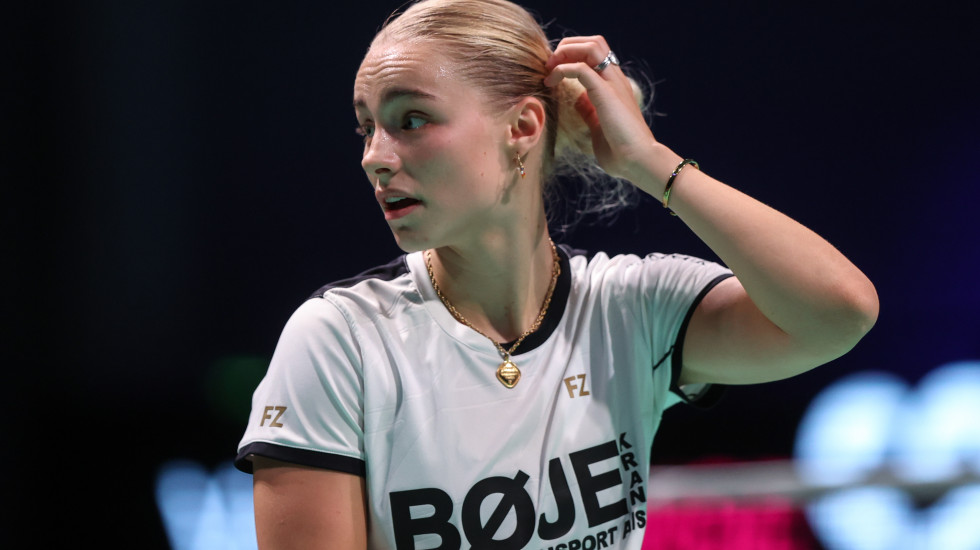 Few international players have sported their own name as a major sponsor on their apparel. Among the trend-setters are Viktor Axelsen, who sports the VA logo, and Alexandra BØje, who is backed by a family company. 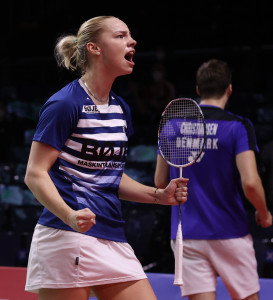 The Danish mixed doubles player is sponsored by Bøje Maskintransport, which is run by her mother’s cousin. The company is into cranes, transportation and storage of shipping containers. Alexandra has taken her mother’s surname.

“It’s like a family company – it’s run by my mother’s cousin and they sponsor me,” said Bøje. “My family have always supported me over the years. My parents have been playing badminton since they were young, and I have a sister who also played badminton.”

Bøje recalls her parents – who were both club-level players – driving her to Aarhus Badminton Club when she was a child, and is thankful for her early initiation to quality coaching.

“When I was little child I played in a club 45 minutes away from home, so they drove me, waited for me, and drove me back again every day. That means a lot to me, because then I had a chance to get better training from a young age.

“My sister played a lot when she was younger. Now she’s studying, but also playing for fun. But she has played some Challenge tournaments, and we used to play doubles years ago.”

Bøje started out wanting to be a singles player. Winning the European under-15 singles title was a milestone, but some years later she decided to shift to mixed doubles. Her choice has paid off, for she and Mathias Christiansen have had several encouraging results, including victories at the Scottish Open 2019 and SaarLorLux Open in October 2020. At the ongoing YONEX Thailand Open they had their chances to upset second seeds Praveen Jordan and Melati Daeva Oktavianti but fell after a tight contest.

Bøje’s inspirations in mixed doubles are Huang Ya Qiong and the now-retired Christinna Pedersen. Interestingly, she has paired up with both of Pedersen’s partners – Joachim Fischer Nielsen and now, Mathias Christiansen.

“Christinna Pedersen got some very nice results and played at a very high level for a long time, so of course she’s like my idol. It’s good that I’m now playing with her former partner. That’s quite interesting!”