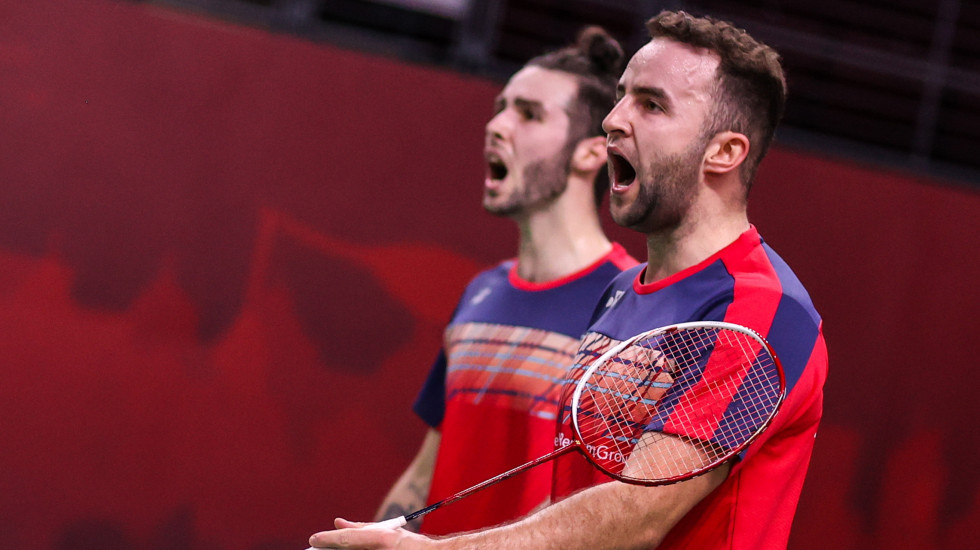 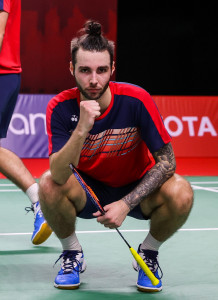 Ben Lane and Sean Vendy avenged their previous defeat to Vladimir Ivanov and Ivan Sozonov with a clinical finish today at the YONEX Thailand Open.

Their previous loss to the Russians, a three-game loss in the semifinals of the DANISA Denmark Open, came under different conditions, but the England duo said they had studied their opponents and corrected errors from that match. The result was another three-game battle, but which went their way, 17-21 21-19 21-17.

“We played them in the semifinals of the Denmark Open and we knew what they were going to bring,” said Vendy. “We didn’t start very well, but soon as we settled we were winning that whole game. Tricky conditions, it was slow, but it meant Ivanov couldn’t use his smash.”

“We played well in Denmark as well, but totally different conditions there,” added his partner. “Because the shuttle was quicker, we couldn’t deal with the pace, whereas here, we were lifting and playing in front of them.”

The world No.32 duo said the long training stint over the last few months had done them a world of good, which had reflected in their results.

“I think we’ve grown quite a lot as a partnership, because we’ve had longer than we ever had together training,” said Vendy. “For everyone it’s been a bit of a rubbish year (2020), but we have to turn negative into a positive, and training together for six months non-stop, has done us quite good.”