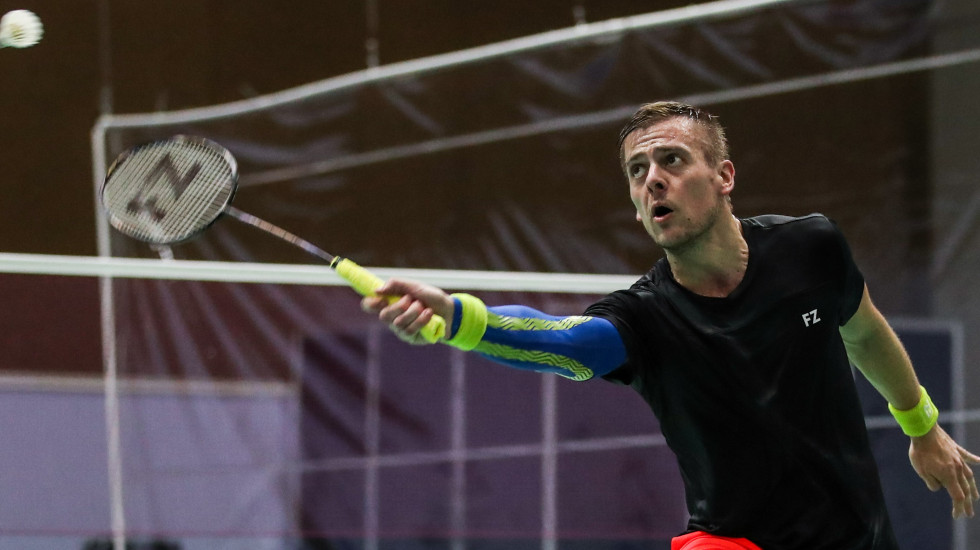 When BWF caught up with Hans-Kristian Solberg Vittinghus at the end of last year, the Dane was confident he wouldn’t make it onto the Asian Leg at all. By his own standards he hadn’t been able to compete at the Denmark Open in October 2020 at his best due to illness, but has now secured himself a place at the YONEX Thailand Open, which starts tomorrow.

“Well it’s really nice to be here. I’m very excited to finally be back on Tour and start competing tomorrow! I’m feeling in good shape and physically fit,” said a very happy Vittinghus.

A very different kind of Super 1000 is being held in Bangkok, Thailand. The YONEX Thailand Open is the first tournament to be staged in Asia since the coronavirus pandemic disrupted the 2020 season. All athletes took COVID-19 tests pre-departure from their home country, were further tested upon arrival, and subject to a 14-day mandatory hotel quarantine to play out the Asian Leg.

“The first few days were pretty hard. It’s the new normal and we just have to get used to it. We have to try this a few times before we get really used to it,” he laughed.

When superstar Kento Momota tested positive for COVID-19 at Haneda airport, just before taking the flight to Bangkok, it meant he would miss out on making a much anticipated return to badminton.

First on the ‘reserves’ list in men’s singles, the 34-year-old Dane was in transit at Zurich airport when he received a call five minutes before boarding that he’d be playing in the main draw.

“I thought I had a decent chance and I didn’t know I was going to be able to play. When I boarded the plane from Switzerland, I was contacted by a tournament official that I was in the main draw about five minutes before the flight for Bangkok took off. That was a nice message to receive before a 10-hour flight.

“Rasmus Gemke is the toughest opponent I could play in the first week, or Viktor Axelsen and Anders Antonsen. I’m also looking out for the likes of Anthony Sinisuka Ginting and Jonatan Christie,” said the Frederikshavn native.

Vittinghus plays Gemke in the first round on Tuesday.

Vittinghus revealed he’s had much better training and is prepared for tomorrow’s Yonex Thailand Open.

“For this one, I’ve had much better preparation than for the Denmark Open. Yes, I was on the reserves list, but I have prepared like I was always going to play. When the draw was revealed, I thought ‘why not prepare to play?’” he said.

It appears Vittinghus might be more equipped than some of the other players for the Asian tour.

“I brought normal stuff like clothes, rackets, trainers and all that stuff. Then I have another suitcase full of food,” he laughed. Vittinghus revealed he was uncertain how the quarantine in Bangkok was going to pan out.

“I have oatmeal, instant noodles, snacks, protein bars, Danish bread and biscuits. You name it, I have it,” he chuckled.