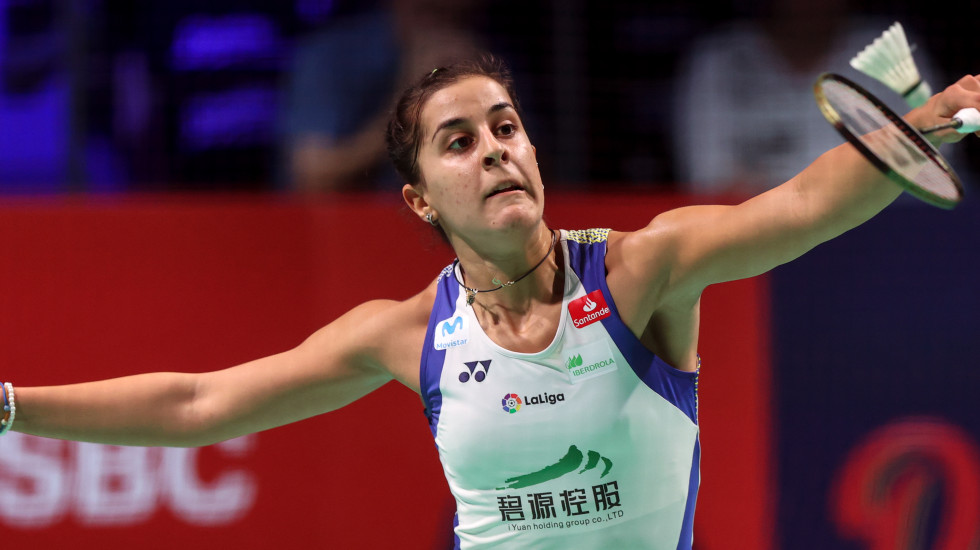 Three-time world champion Carolina Marin is “excited to begin 2021 in Bangkok” as badminton returns with a three-tournament Asian Leg of the HSBC BWF World Tour 2020 in Thailand.

After two appearances, the Spaniard is yet to clinch a title on Thai soil, but “that’s not what it’s about this time” for Marin. Instead, the Olympic gold medallist wants to “get that on-court feeling back again”.

“We are all eager to compete and see each other again,” declared Marin.

“We know the Asian players are at the top every time. The Europeans are constantly working hard to break the Asian wall. It’s difficult but we’ll do our best every time.”

After making a comeback following a highly-documented injury, Marin is keen to get back to competing following defeats at DANISA Denmark Open 2020 and SaarLorLux Open. Describing herself as a “very competitive player”, Marin says she has missed playing tournaments.

“I’ll try to enjoy it. I’m excited to meet my opponents and talk to them and of course, meet them on court too.”

The 2020 badminton calendar was upended in March with the YONEX All England Open 2020 being the last event held before the COVID-19 pandemic enforced a worldwide break. Badminton restarted in Odense, Denmark in October but some players opted not to participate, meaning they have been out of the circuit for nine months.

Close rival Pusarla V. Sindhu is set to make a return in Bangkok but Marin does not appear too worried about her opponent’s tactics.

“I don’t know what level people are at. We’ve all had different rules on training and no one really knows where they are at. Let’s see how things go in the first tournament,” she said.

“I’ll be ready for everything and analyse my opponents for the best possible strategies. Anyone can win any tournament, any match. I want to make sure I’m ready for any opponent.

“It’s a good feeling to win a title but it’s not just about winning. It’s about keeping up the hard work with your practice.

“I’m feeling good and I’ll put on a good performance as I get my feet back onto a badminton court.”

In the summer of 2020, Amazon Prime released its long-anticipated documentary on the Rio 2016 gold medallist. The four-part ‘I can because I think I can’ series has seen badminton soar in popularity in her country.

“I’ve had such positive feedback on it,” said the 27-year-old.

“It’s amazing, I’m really, really happy about it. People around the world have watched the documentary and told me how useful it has been for their lives.”