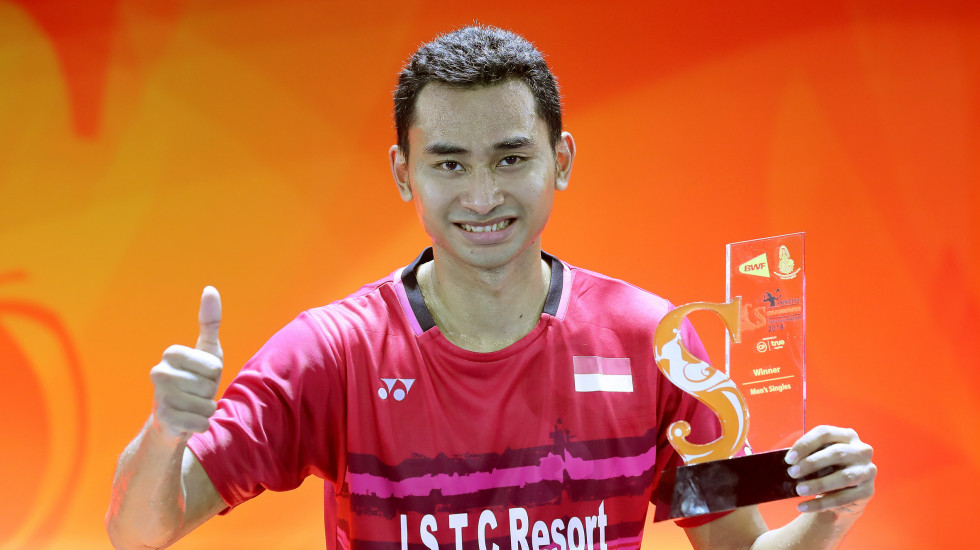 With three back-to-back tournaments coming to Bangkok next month, we examine which participant entered to the YONEX Thailand Open (12-17 January) and TOYOTA Thailand Open (19-24 January) has the most titles on Thai soil in the last five years. We kick off with men’s singles.

Titles won in Thailand since 2015: Two

He was victorious at the Princess Sirivannavari Thailand Masters 2017 despite facing home favourite Kantaphon Wangcharoen in the showpiece match.

A year later, in the first season of the HSBC BWF World Tour, the Indonesian veteran, not ready to relinquish his crown, beat Malaysian Leong Jun Hao 21-16 2-15 in the Super 300 final. He made a run to the TOYOTA Thailand Open final in the same campaign.

A young Sugiarto, now 32, also won his first international title in the country – the Thailand Satellite – in 2006.

Though unbeaten in Thailand, world No.1 Kento Momota has never become a champion there. The 26-year-old won all his matches during Japan’s Thomas Cup 2018 campaign.