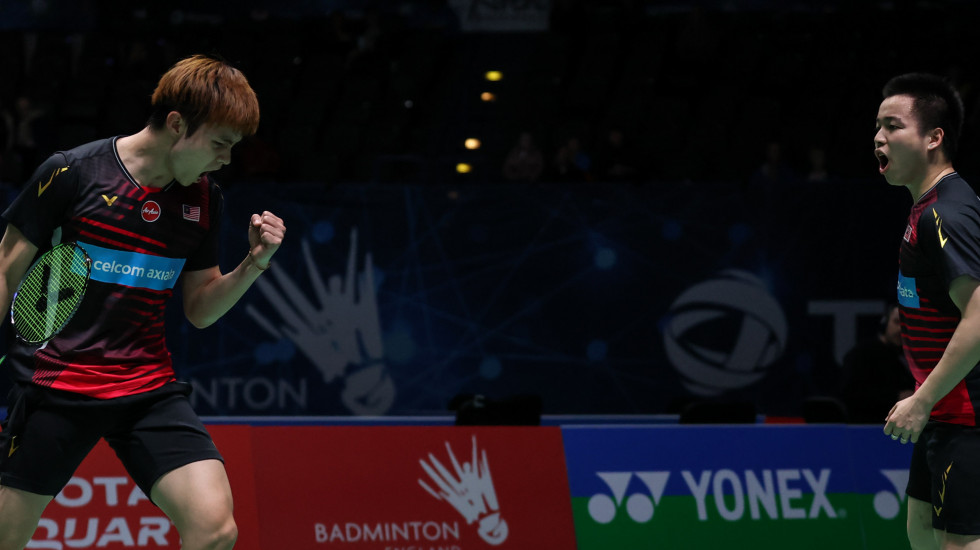 The agony of not being able to compete internationally has been turned into something positive by Malaysia’s Aaron Chia and Soh Wooi Yik.

With COVID-19 restricting movements worldwide, the world No.9 men’s pair put their time to good use by working on their defensive game in training.

Now they can’t wait to get going again in Bangkok, Thailand, where an unconventional HSBC BWF World Tour will reach its climax with a three-tournament cluster next month.

In fact, Chia and Soh, whose last tournament outing was the YONEX All England Open 2020 in March, want to give winning at least one of the Thailand Opens a good go.

“To keep training without having a chance to test ourselves has been tough,” Chia told the Star.

“We are so excited to compete in Thailand as we’ll get to show what we’ve improved on in training and one of the areas is our defence.

“Hopefully, all our hard work translates into a good result. Our goal is to start the year by winning at least one of the titles in Thailand.”

Chia and Soh, the 2019 All England runners-up, made the semifinals of the Daihatsu Indonesia Masters 2020 and Barcelona Spain Masters 2020 earlier this year before losing to Indonesians Marcus Fernaldi Gideon/Kevin Sanjaya Sukamuljo in the last eight in Birmingham.

If they succeed in Thailand, it would be their first HSBC BWF World Tour title.

Here’s a chance to find out more about the youngsters.