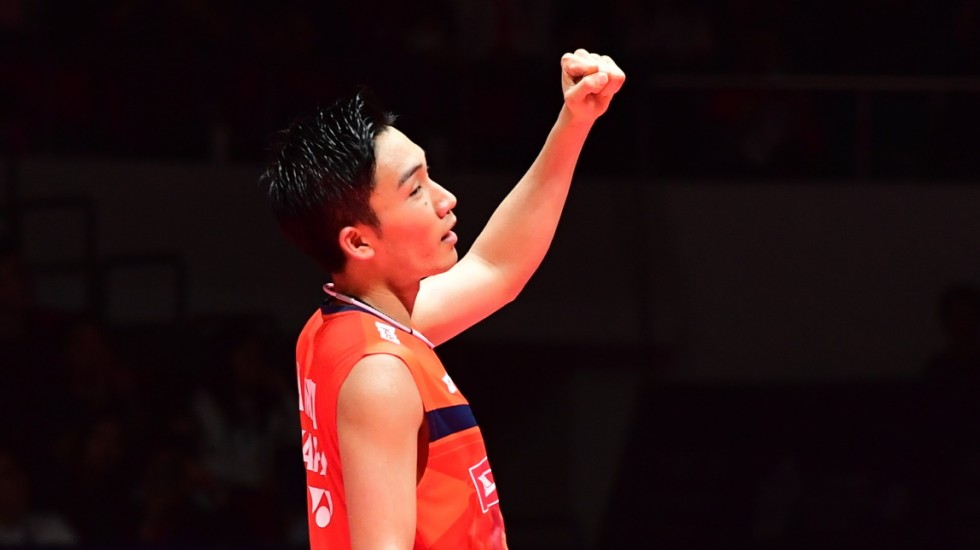 History is set to unfold in Bangkok in January 2021, with all the marquee names of badminton set to joust at the three-tournament Asian Leg of the HSBC BWF World Tour.

The three-tournament cluster, to be held within a bubble under strict health and safety protocols, consists of the YONEX Thailand Open (12-17 January), the TOYOTA Thailand Open (19-24 January), and the HSBC BWF World Tour Finals 2020 (27-31 January), which will wrap up the 2020 season.

It will be the first time that such a cluster of three premier tournaments is being held in a single city; coming after a season which saw the cancellation or postponement of a number of events, it will mean long-awaited deliverance for all those who were missing the thrill of high-level competition.

Early this year, for the first time in their lives, most of the world’s best players spent prolonged spells away from the court; with the gradual easing of lockdowns in their respective countries, they returned to training but only a few among them were able to participate in international competition.

Since the YONEX All England in March, there were only two HSBC BWF World Tour/BWF Tour events – the DANISA Denmark Open and the SaarLorLux Open in October. The Asian Leg will therefore be of immense significance, particularly for those looking for an auspicious start to 2021, which has a number of other major events lined up, including the Tokyo 2020 Olympics.

Primarily, players must now adjust in quick time to the demands of competition. There will be intriguing questions: Can the top players retain their edge after months away from competition? Will they require time to regain their match ‘feel’? Also – how will this situation influence lower-ranked players, who might go in with a spring in their stride as they sense a shot at upsetting the favoured names?

The seeding for both the YONEX Thailand Open and the TOYOTA Thailand Open are based on the World Rankings of 17 March 2020; the draws for both will be held on 29 December 2020. Both are HSBC BWF World Tour 1000 events, with each offering US$1 million prize money.

Seeding for the HSBC BWF World Tour Finals will be based on the World Rankings of 26 January 2021, and the knock-out stage draw will be conducted on 29 January 2021.

Of the five categories, there will be particular interest in the men’s singles – for it will see the return of Kento Momota after nearly a year away from international competition. After winning the Malaysia Masters last January, Momota was injured in a traffic accident; he was subsequently unable to defend his All England title, which was won by Viktor Axelsen.

The top-ranked Japanese could have his hands full with a clutch of hungry, well-rested opponents on his heels – apart from Axelsen, Denmark Open champion Anders Antonsen, Anthony Sinisuka Ginting (who won the Indonesia Masters); and Shi Yu Qi are favoured names. Antonsen recently tested positive for COVID-19, but announced that he is fine and will return to training soon.

Then there are the other No.1s who haven’t been seen since the All England – Tai Tzu Ying; Marcus Fernaldi Gideon and Kevin Sanjaya Sukamuljo; Chen Qing Chen and Jia Yi Fan, and Zheng Si Wei and Huang Ya Qiong.

With three high-profile events in Thailand, home fans will have their fill of top-level action. The last BWF Major Event held in Thailand – the TOTAL BWF Thomas & Uber Cup Finals 2018 – saw Thailand ride on the support of home fans to make the final of the Uber Cup after upsetting China. Similar home support could well prove vital for their contenders in the various categories – primarily, Ratchanok Intanon, Busanan Ongbamrungphan, Pornpawee Chochuwong, Nitchaon Jindapol and young prospect Phittayaporn Chaiwan in women’s singles, and Kantaphon Wangcharoen and three-time world junior champion Kunlavut Vitidsarn in men’s singles. Their mixed doubles aces, Dechapol Puavaranukroh and Sapsiree Taerattanachai, were runners-up at the All England and are seeded third, while in women’s doubles, they have a couple of pairs who could steal the spotlight – Jongkolphan Kititharakul/Rawinda Prajongjai and Puttita Supajirakul/Sapsiree Taerattanachai.

After the disappointment of cancellations and postponements of events in 2020 due to the COVID-19 pandemic, fans can now look forward to the best possible start to 2021!