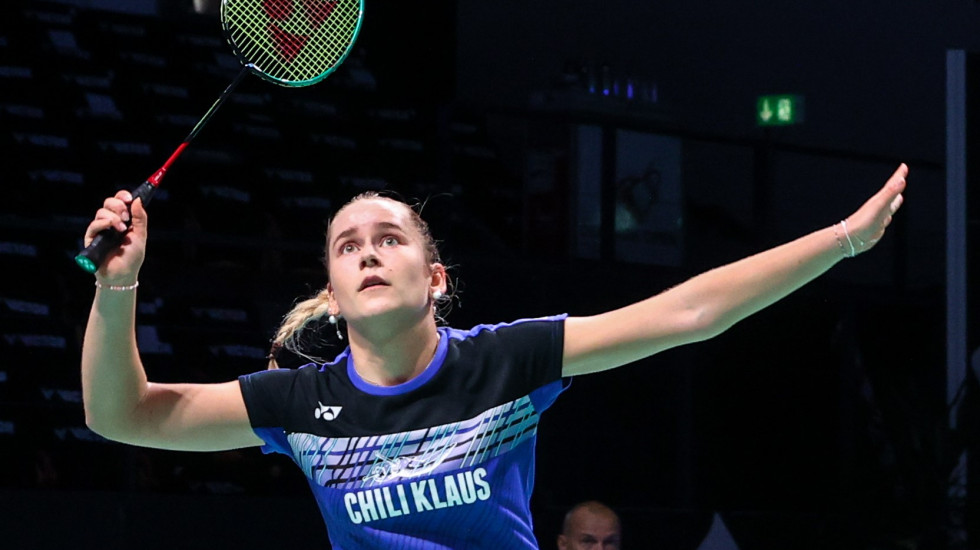 Danish doubles shuttler Clara Graversen made a striking entrance at the DANISA Denmark Open 2020 last month by not only debuting at a World Tour Super 750 event, but also showcasing an unusual career sponsor.

The 19-year-old, along with doubles partner Natasja P Anthonisen, secured victory in the first round of the Denmark Open beating Russian duo Anastasiia Akchurina and Olga Morozova. But it wasn’t just her debut that was the topic of conversation.

Aarhus native Graversen is sponsored by Chili Klaus, a Danish musician and YouTube star. Klaus is a widely known as a maverick who challenges people to eat some of the hottest chillis in the world and films them doing it. And it’s rather amusing.

“My mum was once Klaus’ hairdresser and my family has always been close with Klaus for many years,” said Graversen.

An admirer of the musician, Clara plucked up the courage to ask for his backing for her badminton career.

“I just asked him if he would sponsor me. He’s always been very supportive of me and he follows my career. Klaus always checks up on me and asks me how I’m doing . Klaus is a very busy man and he travels a lot so he can’t always come to watch me play. I really appreciate what he’s done for me,” said Graversen.

“It’s an interesting sponsor for sure, and it’s a funny one as I’m the only one sponsored by him. He’s a global brand and people recognise his name on my shirt and say ‘oh Chili Klaus!’” she laughed.

Now, about these chilli peppers; has Graversen ever dared to try them herself?

“I like spicy food and I like chilli with my food but I’ve never done a chilli tasting with him before!” said the young Dane.

“I thought we played really well at the Open and our preparations were mainly mental and we’ve had a lot of discussion on communicating on court”.

The second round saw Graversen and Anthonisen lose 21-6 21-8 to world champions Mayu Matsumoto and Wakana Nagahara.

“It’s been a huge honour, honestly. We weren’t sure when we signed up to the tournament that we’d participate. This was a huge opportunity for us to see how we compare with the world’s best players. When we played at the Denmark Open, we showed we could play without the pressure,” added Graversen.

Since watching her sister play the sport, Graversen picked up a badminton racket at the age of six and has not looked back, building a budding on-court partnership with Anthonisen.

“It’s a good partnership with Natasja, we are close friends off-court. She’s one my best friends and playing with her means a lot to me. We’re different players, she’s mainly at the back and I’m at front. We have a good dynamic doubles there.”

The interesting life of Graversen is ever more apparent as she and doubles partner Anthonisen are ‘twinning on the earring front on court’.

“The earrings we wore when playing are actually from my mother’s saloon. We really like Danish pearls and this could well become our trademark on court,” said the delighted Graversen.

There’s been a successful run of women’s doubles for Denmark in the past, including that of Rio 2016 silver medallists, Kamilla Rytter Juhl and Christinna Pedersen, the first Europeans to compete in an Olympic women’s doubles final.

Graversen said: “Obviously they’re a very good pair and there’s a long way for us, but it’s great to have a successful pair like Kamilla and Christinna to look up to. Hopefully we can be as successful as them one day.”